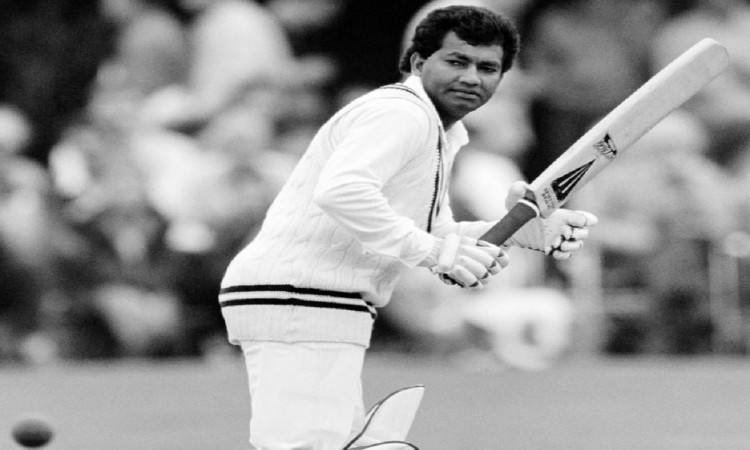 Only of 5 feet and 4 inches and of Indian stock, Alvin Kallicharan showed the courage and indomitability of the little man in International cricket. A left-handed batsman and right-handed off-spinner poise, balance, orthodoxy, a full range of strokes off either foot, and a bat that because of its size relative to him, appeared far too large to a generation of hapless bowlers.

Like Rohan Kanhai, Kallicharran is a product of Port Mourant in Berbice, Guyana, the same club which produced Basil Butcher, Joe Solomon, John Trim, Ivan Madray and the Christiani brothers, Cyril and Robert, all of whom played for West Indies. His father Isaac, a rice and coconut farmer, captained Port Mourant.

He was born on March 21, 1949, at Paidama, a rural settlement. He had four brothers and six sisters. When, as a youngster, he would sneak off the farm to practice cricket. Like so many of his countrymen he learnt his cricket in back streets and backyards, batting with any stick or branch he could find. His brother Derek played first class cricket for Guyana and later the United States of America.

Uncle Ramjee, a Port Mourant shopkeeper, was the key benefactor during his youth, giving him the dollar a week which he needed to pay his club fees, and Kallicharan soon made his mark at Port Mourant School. Size proved no handicap. In 1966 he was selected for a West Indian Schools tournament. A couple of 90s against the Windward-Leeward Islands and Trinidad earned him trials for Guyana. At sixteen and a half he became the youngest player ever to represent Guyana in the Shell Shield. Another influential benefactor in his rise to fame was a Guyanan rum-manufacturer, Robert White, who bought Kallicharran his kit and provided him with work.

He made his debut in 1972 and burst onto the international arena immediately, when he made an unbeaten 100 against the visiting New Zealand side at Guyana in his first Test. He followed it up with another century in the next Test, a series which marked the beginning of a stellar career.

He averaged 36.75 in his first full series, at home against Australia, and on his début tour to England, in 1973, he averaged 46.78 overall; 42.40 in the three Tests. In the return series with England, he played a thrilling innings on the first day of the first Test, at Port-of-Spain, walking off towards the pavilion apparently undefeated on 142. Spotting that Kallicharran had not gone through the formality of grounding his bat at the non-striker's end, Tony Greig threw down the stumps. He had to be given out by umpire Douglas Sang Hue, but in the interests of peace and harmony it was agreed overnight that the decision be revoked.

He was also a member of the West Indies sides which won the World Cups in 1975 and 1979. Kallicharan's 1976 tour of England was ruined by a shoulder dislocation that necessitated an operation. It prevented him from throwing a cricket ball for a whole year but his recovery was total, restoring one of the best throwing arms in the game. By autumn 1980, however, following a lean series against England in England, his Test appearances were numbered. His highest score is 187 against India in the 1978–79 tour. He also found success with Warwickshire in English County cricket.

He attempted to join World Series Cricket, but failed, and was appointed captain of the West Indies in 1977–1978 when Clive Lloyd resigned over the Packer issue. Kallicharran had mixed fortunes as a Test captain, though his influence and experience were of inestimable value to West Indies during a difficult and unsettled period in their cricket history. Kallicharan was later involved in further controversy when he led an unofficial rebel tour to South Africa in defiance of the Gleneagles Agreement and anti-apartheid protesters in that country who asserted that official sporting structures were discriminatory. He saw out the rest of his career playing for Orange Free State and Transvaal in South African domestic cricket.

Alvin Kallicharan, only 32 then, and on his way to securing a place among the pantheon of greats, became an object of hatred. He received death threats and was snubbed by his community, cricket board and teammates. However, he was not the only player who found himself in such a situation; players like Collis King, Lawrence Rowe and Sylvester Clarke also suffered the same fate. A few other talented players like Richard Austin, Herbert Chang and David Murray became emotional wrecks and were reduced to being drug addicts.

However, in 1983, WICB had asked Kallicharan for an apology with an assurance that he would be drafted back into the team. But being a principled man, he turned down the offer because he felt that he had nothing to apologise for as he had done nothing wrong by going to South Africa. He had always maintained that money was not the primary motivation for him and he went to the tour as he derived joy in the fact that he would be making a contribution, however minuscule, to banish apartheid.

Kallicharan continued to play county cricket for Warwickshire till 1990 and later on went on to coach Kenya team. He is now settled in England and nurturing young talent.