Who Will Sacrifice His Spot To Play Pujara-Rahane In 2nd Test Playing XI?

"Cheteshwar Pujara and Ajinkya Rahane are one inning away from getting back to form." It's not the first time an Indian team official has said this, be it from Ravi Shastri's coaching era or the apparent 'new era' of Rahul Dravid. 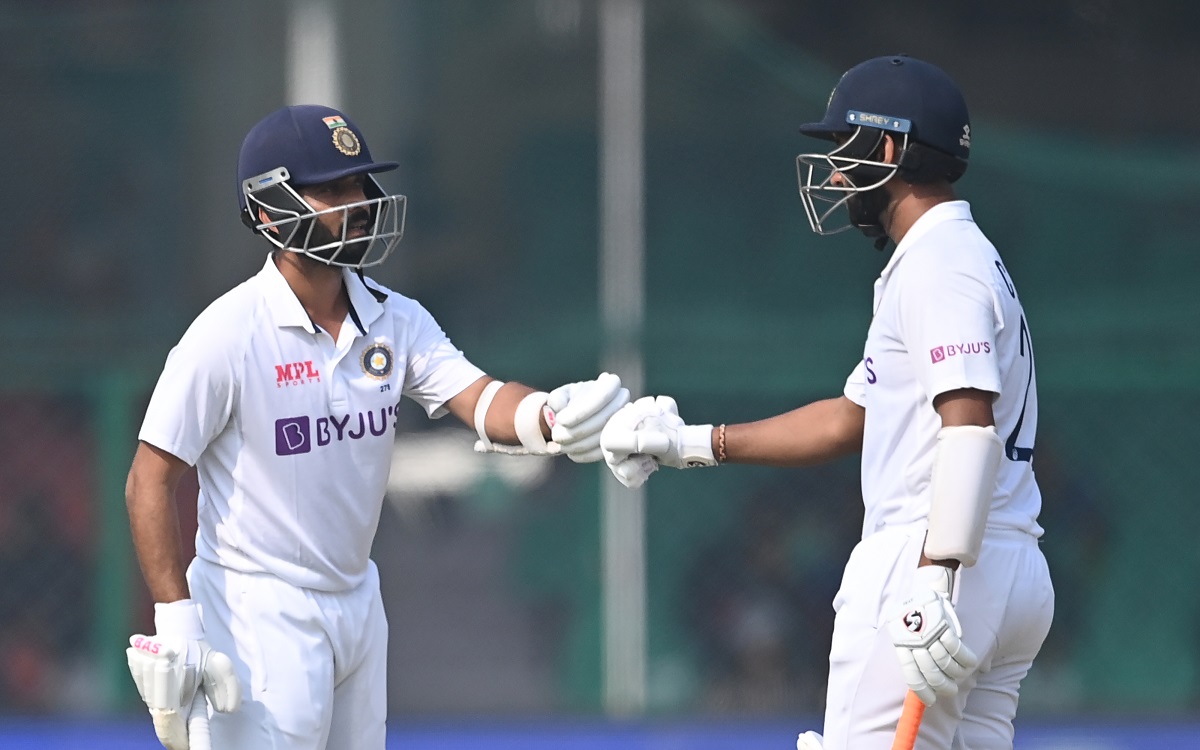 After yet another not-so-good performance with the bat from India's two experienced campaigners in the 1st test against New Zealand and plenty of batters lined up as the alternatives, Pujara and Rahane have been once again backed to be India's middle order in the upcoming test in Mumbai.

It was an obvious decision for the management to play both Pujara and Rahane in the 1st test due to a lack of first choice options against a strong Kiwi side. But now, Virat Kohli will be back for the 2nd test, meaning the number four slot is booked, and with Pujara-Rahane being backed, it is almost confirmed to say 3-4-5 slots are booked.

Two opening slots and a number six - three in total are up for grabs. Shreyas Iyer has done the best he could on his test debut to at least be the number six in this test. But, this means a wicketkeeper is missing in India's playing XI.

Wriddhiman Saha was unfit for most of the Kanpur test due to a stiff neck and KS Bharat was his substitute. But Saha batted, and batted well, suggesting if he's fit then he will be the first choice in the playing XI.

If Saha is fit, there are only three players who will have to sacrifice their spot in the XI - Mayank Agarwal, Shubman Gill, and Shreyas Iyer.

Mayank is an opener, Iyer is a middle-order bat while Gill is reportedly being looked as a potential middle-order bat. If Saha is unfit, then Iyer will retain his place in the middle order and Test debutant KS Bharat will open, as he has done with his state team. Either Mayank or Gill will have to sacrifice their spot.

However, if Saha plays, India will have no choice but to bench Shreyas Iyer and play Gill-Mayank as openers.

India played Umesh Yadav and Ishant Sharma in the first test. While Umesh Yadav did well, Ishant Sharma remained wicketless but that isn't a worry, his fitness is. Ishant kept going out of the field throughout India's bowling.

With Mumbai historically good for fast bowlers, India might try to play Mohammad Siraj in this game. Whether it'll be in place of Ishant or Umesh, that will be the question.

One thing India should try is to play Prasidh Krishna, keeping South Africa's tour in mind. Making Krishna play a game will give him a good experience ahead of a big tour.