The Ashes 2021-22: Australia vs England Schedule, Squads, Head-To-Head and Other Records 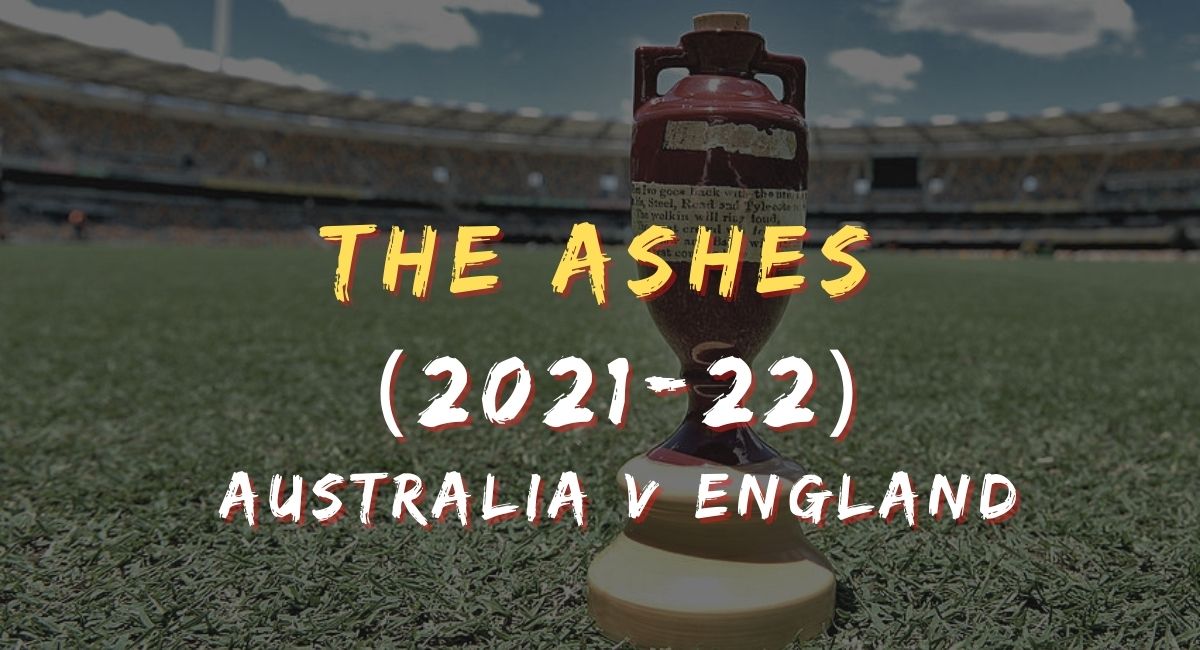 The five-match Ashes 2021-22 test series between Australia and England is set to commence from 8th December 2021 at the Gabba, Brisbane. Host Australia will also defend the trophy after winning it in 2017-18 and regaining it in the 2019 Ashes series in England.

Despite having home conditions, Australia won't have a freeway to win the series after their captain Tim Paine stepped down from the role due to improper conduct. Australia will have a new Test captain from this series.

Here's a look at the schedule of the Ashes 2021-22 along with head-to-head, and other records:

The Ashes is a 5-match test series played between England & Australia, and hosted in either Australia & England. 'Ashes' is the oldest cricket series - which carries a significant history with it. It started all the way back in 1882, when a British newspaper - The Sporting Times - originated the term 'Ashes' in a satarical obituary.

Australin team registered its first win on English soil at The Oval in 1882. Sporting Times regarded this as the 'death' of English cricket and the obituary said 'the body will be cremated & the ashes be taken to Australia'. England then went on to win 2 out of 3 matches in their Australian tour 1882-83. An urn, symbolic to the 'Ashes' mentioned by the newspaper, was presented to the English captain Ivo Bligh.

Since Bligh's death, different replicas of the urn are presented to the winners as trophies. An ashes traditionally consists of 5 test matches, hosted in turn by England and Australia atleast once every two years. The Ashes are regarded being held by the team who most recently won the series. In case of series draw, the team which is holding the Ashes continue to do so.

Let's take a look at this Ashes series history in terms of interesting facts & numbers :

England & Australia have faced off against each other for a total of 335 tests, since 1887. Australia leads the head-to-head record in the Ashes with 136 wins, while their rivals England have 108. 91 of the 335 matches have ended as a draw.

Australia have held the Ashes urn for 33 times while England have held it on 32 occasions. Six times the series has ended in a draw.

England recorded the highest team total in the history of Ashes, when they declared at a score of 903/7 in the Ashes 1938-39. This was the last match of the series. England scored 903 runs in the first innings and ended up winning the match by an innings and 579 runs, which is also the biggest win by margin of runs in Ashes history.

The top three lowest scores in the Ashes belong to the Australian side. Australia was dismissed for a team total of 36 in the first match of 1902 Ashes series in England, which remains to be the lowest team total in the Ashes history. Slow left arm orthodox English bowler Wilfred Rhodes picked up 7 wickets, while the match ended in a draw.

The 2nd test of 2005 Ashes series, played at Birmingham, is widely regarded as the greatest test match of all time. Australians were chasing 282 in the 4th innings of the match, and lost the match by just 2 runs. England levelled the series 1-1 and kept their series hopes alive.

Now, let's take a look at individual batting records in the Ashes series.

Most Runs In A Series

Sir Len Hutton of England has the record of highest score in a test match. This innings came in cause of England 903/7 against Australia in 1938, wherein English opener Hutton scored 364 runs of 837 balls while opening the innings.

Sir Don Bradman holds this record alongwith his records of most runs in Ashes. He has smaked 19 centuries & 12 fifities, a total of 31 fifty+ scores.

Batting is an important aspect of test cricket as it tests the patience and resillience of the batters. However, the sure shot way of winning a test match is by taking 20 wickets. Here are some bowling records in the Ashes.

Legendary Australian Leg Spinner Shane Warne has the most wickets to his name in the Ashes. He has taken 195 wickets in 36 matches, within a span of 14 years (1993-2007).

Best Bowling Figures In A Match

Jim Laker, right arm off break bowler from England has the best figures in a match in the Ashes history. Laker picked up 19 out of 20 Australian wickets in the first test of Ashes 1956. England won the match by an innings & 170 runs.

Most Wickets In A Series

Jim Laker again, has the record of taking the most wickets in an Ashes series. Laker picked up 46 wickets, in the same series (Ashes 1956) in which he picked up 19 wickets in the fourth test match.

Most Ten Wicket Hauls In A Match

English pacer, Tom Richardson & Australian leggie Shane Warne, both of these bowlers have registered 11 5-wicket hauls & 4 10-wicket hauls. However, Richardson played for a lesser time than Shane Warne, and is considered to hold this record in the Ashes.

Let's take a look at a few Wicketkeeping records.

Australian wicketkeeper Ian Healy has the most dismissals to his name in the Ashes - with 135 dismissal in 33 matches.

Most Dismissals In A Match

Finally, lets go through some of the fielding records in the Ashes.

English cricketer Ian Botham has the most catches to his name with 54 catches in 32 matches.

Most Catches In A Match

Australian batter Greg Chappel has the record of most catches in an Ashes match, with 7 catches in the second test match of the Ashes 1974-75. Australians ended up winning the match by 9 wickets.

Australia's William Ponsford & Sir Don Bradman have the highest partnership to their name. Ponsford scored 266 while Bradman scored 244, constructing a partnership of 451 in the 5th test of the Ashes 1934. Australia won this match by 563 runs.

Syd Grgeory holds the record for playing the most matches in Ashes. He has played 52 matches, over a period of 22 years. He has scored 2,193 runs in the process.

In the upcoming Ashes series, scheduled to star from December 8, Australia will host England for the 72nd version of the Ashes to be played between these two teams. Australia are holding the Ashes urn going into the series as they had won it at their home in 2017/18 and managed to draw the series in England in 2019.