Mumbai, Oct 21 (Cricketnmore):  On a roll after consecutive series wins against Sri Lanka and Australia, a confident India will aim to hunt New Zealand when they face-off in the opener of the three-match One-day International (ODI) series at the Wankhede Stadium here on Sunday. 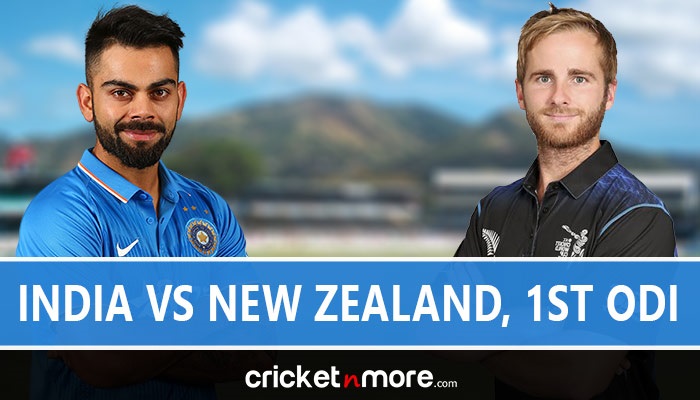 The Virat Kohli-led side will also have one eye on reclaiming the top spot in the ICC ODI rankings after being pushed to the second position by South Africa.

India and South Africa have identical 120 ratings against their name, but the men-in-blue are placed second on the basis of the decimal points.

Going into the first ODI against the Kiwis, India will once again bank on their strong batting form led by the skipper and the likes of Shikhar Dhawan, Rohit Sharma, Ajinkya Rahane and Mahendra Singh Dhoni.

With the opening conundrum sorted and Kohli settled at No.3, it will be interesting to see who takes the No.4 spot in the line-up.

Recently, India have experimented a number of youngsters including all-rounder Hardik Pandya, Manish Pandey and Kedar Jadhav for the slot, which serves as a critical link between the top and lower middle-order.

Also Read: Would like to continue where we left vs Australia, says Rohit Sharma