Would like to continue where we left vs Australia, says Rohit Sharma

Mumbai, Oct 21 (CRICKETNMORE): India batsman Rohit Sharma on Friday stressed that the team has clear intentions to continue the good form as they face New Zealand in the first of the three-match One-Day Internationals (ODIs) here on Sunday. 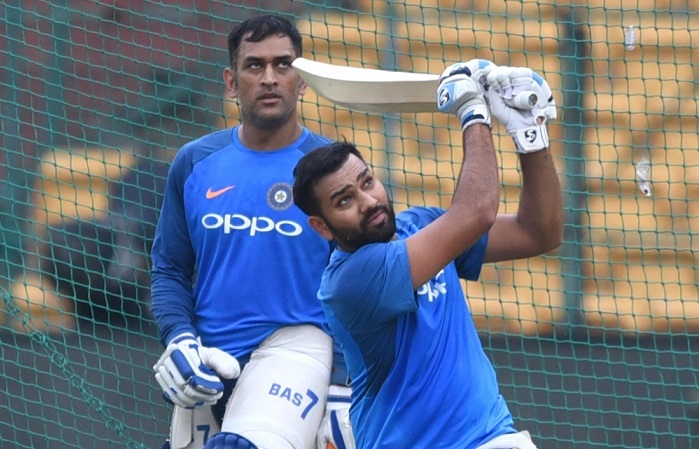 India hammered Australia in the five-match ODI series, winning with a 4-1 margin. The T20I series against Australia was tied 1-1, with the third and final one in Hyderabad being washed out due to heavy rain. Before that they had outplayed Sri Lanka away.

"It will depend on how we start and what we want to do as a team. We would like to (continue) from where we left against Australia," the India vice-captain told mediapersons.

"We would like to continue to do that and the good thing is, there is hardly been any time between the Australia series and the New Zealand series, so guys are in their grooves. I hope we put up the same performance as we did in the last series against Australia," the right-hander added.

Rohit also conceded that facing Trent Boult would be a challenge for the home batsmen due to lack of experience against left-arm seamers.

"The last time India had a left-arm seamer was a long time back," said Rohit. "I think Zaheer Khan was the last who played for India in ODI format. Our team is used to that now and we have performed exceedingly well.

Rohit also said that India will bank upon leg-spinner Yuzvendra Chahal and left-arm wrist spinner Kuldeep Yadav to keep a check on the opposition batsmen in the middle overs.

"For us as a team, we really rely on those two guys to do the job in the middle overs. And they have done exceedingly well in the last series. We saw that it was pretty evident that whenever the ball was given to them, they came up with some or the other tactical plan and got rid of their set batsman which is very important," said Rohit.