Virat Kohli: Suryakumar Has The Game To Bat In Any Condition

Virat Kohli figured in a 48-run partnership with Hardik Pandya to guide India to a six-wicket victory over Australia in the 3rd T20I, clinching the series 2-1. 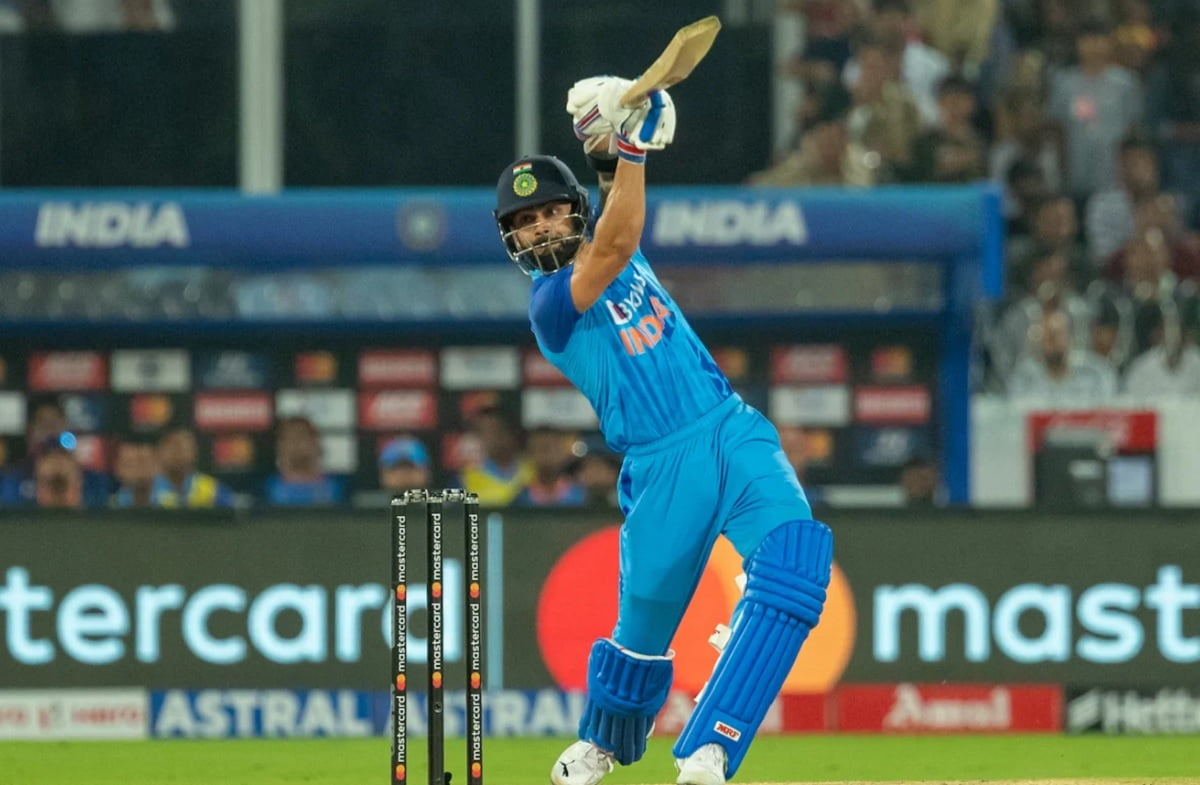 Being the senior-most player in the Indian squad and one with vast experience of leading the side, Virat Kohli knows he has to use his experience and guide the youngsters to help him take India to victory.

On Sunday, the former captain did just that, steading the innings after India lost in-form openers Rohit Sharma and K.L Rahul with only 30 runs on the board. Kohli took the backseat as Suryakumar Yadav went after the bowling, raising a century-partnership for the third wicket and then took over the mantle of scoring quick runs.

He figured in a 48-run partnership with Hardik Pandya to guide India to a six-wicket victory over Australia with a ball to spare in the 3rd T20I at the Rajiv Gandhi Cricket Stadium here, clinching the series 2-1.

Kohli said the situation demanded that he let Suryakumar take the driver's seat at that juncture.

"I looked at the dugout and both Rahul and Rohit asked me to continue batting. He (Suryakumar Yadav) has the game to bat in any conditions, he got a hundred in England, then batted well in Asia Cup. Here he is striking the ball as well as I have seen him in the last six months. It's just the array of shots and to play the shots at the right time is such a good skill to have, and he does that," Kohli told the official broadcaster after the match.

Kohli also decided to go after the dangerous Australian spinner Adam Zampa, who had claimed 3-16 in the 2nd match at Nagpur and was bowling well and troubling the batters, which gave a lot of confidence to Suryakumar Yadav to play his shots at the other end.

"I have to utilize my experience and had to take down Zampa. I made up my mind to go after him. He is a quality bowler and tries to control my scoring. I knew he was attacking my stumps, so was outside the leg stump. I am making a conscious effort to strike those big ones through the middle overs," he said.

Kohli however, was not happy that India needed 11 runs from the final over in which Kohli was out to Daniel Sams after blasting a huge six off the first delivery. Hardik Pandya edged Sams to the boundary off the penultimate delivery to seal victory for India.

"The game shouldn't have gone for that long, and we should have had four or five runs to chase in the last over. It was important to maintain my composure and get one boundary which I was able to do (in the last over)," added Kohli.

The former India captain, 34, said he is enjoying batting since his comeback at the Asia Cup from a short break after playing non-stop for years. He said he is working hard at his batting and is happy with the way things are going.

"I have enjoyed batting ever since I came back at the Asia Cup. Today also I was an hour and half before the team. I am working hard on my process and happy with my contributions," said Kohli.

That would be music to the ears of India fans as a rejuvenated and happy Kohli will give India a big boost for the upcoming T20 World Cup in Australia next month.