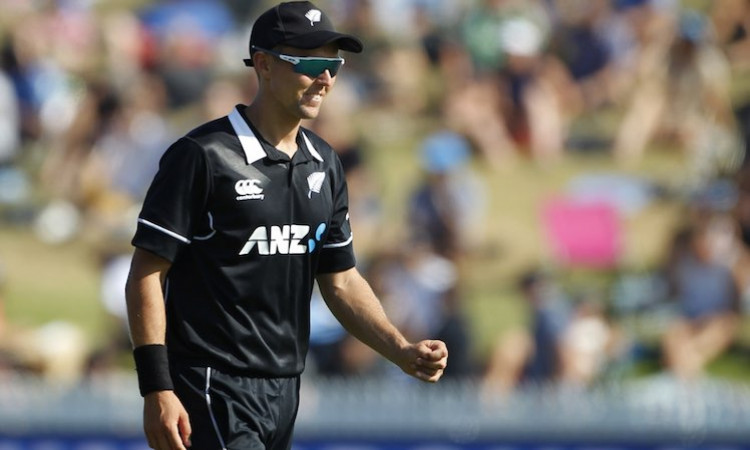 May 25 (CRICKETNMORE) - No-one takes top order wickets quite like Trent Boult - and the New Zealand seamer cannot wait to get into the swing of things in English conditions this summer.

The 29-year-old, ranked second in the world one day bowling rankings, has taken 44 wickets in the first ten overs of ODIs since the last ICC Men's Cricket World Cup four years ago.

That tally is the most of any bowler in world cricket and has seen the left-armer, who finished the 2015 tournament as the joint highest wicket taker, break new ground in the white-ball format.

“From a bowling point of view It’s nice to see the ball carry around a little bit.

“We have got a very set one day side, in terms of personnel and the way we try to tackle this format.

“Conditions in New Zealand is where it suits us and, in some ways, England is very similar to that.

“We won’t get too far ahead of ourselves, but we are looking forward to bringing our style to the UK and seeing where it gets us.

“With the ball we want to be as aggressive as we can, and we know that taking wickets can stunt that run rate.

“Without giving away our game plan, I think it is pretty obvious that all teams are trying to take early wickets and put the pressure on the batting team."

However, the Kookaburra white ball has not produced the prodigious swing of four years ago, and Boult knows that he will need more than one string to his bow.

“I’m just trying to pitch the ball up as much as I can," he added.

"I am a swing bowler so obviously I am trying to move the ball in the air and make the batsmen play good shots.

“Hopefully there is a little bit in the wicket but from what we have been following there have been some impressive scores that have been chased down as well.