IND vs WI: Team West Indies suffered a 3-0 whitewash against the Indians in the ODI series and would be eyeing revenge in their favourite format - T20. With the T20 World Cup 2022 approaching, both th 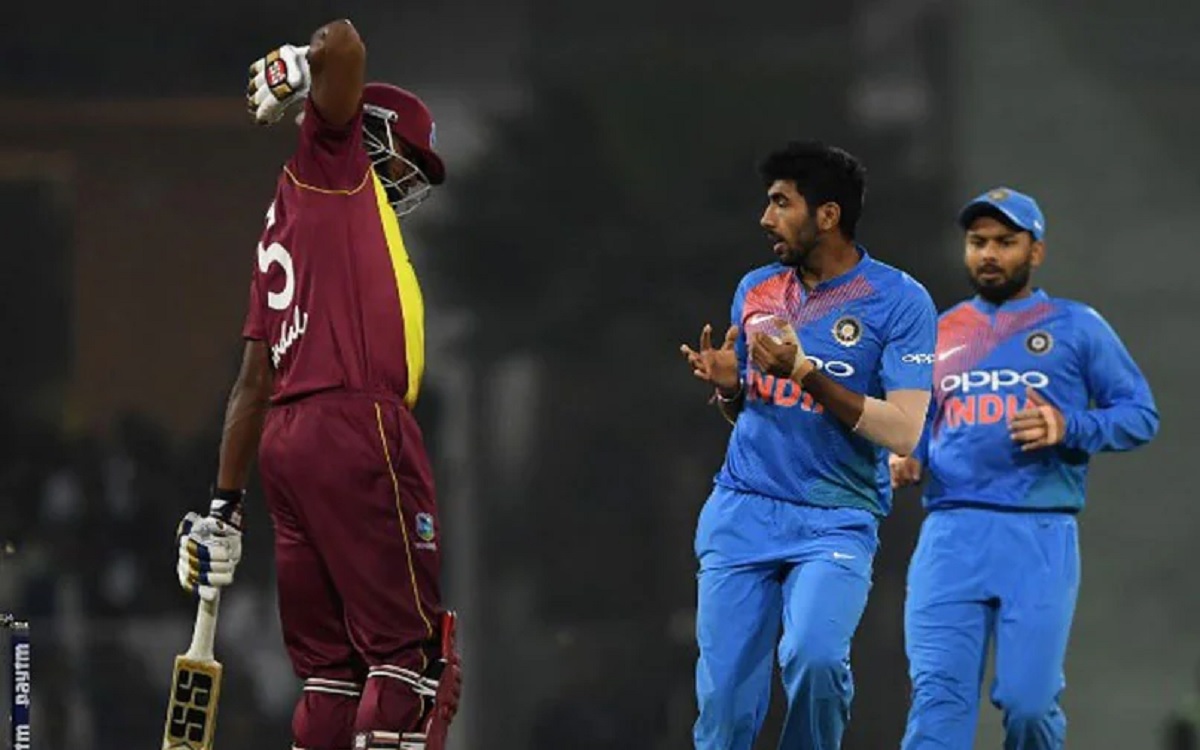 IND vs WI: Team West Indies suffered a 3-0 whitewash against the Indians in the ODI series and would be eyeing revenge in their favourite format - T20. With the T20 World Cup 2022 approaching, both these teams would look to fix their bowling attack.

IPL 2021 Purple Cap winner, Harshal Patel has been included in the Indian squad while Bhuvneshwar Kumar, who missed out in ODIs will also feature in the T20Is. While Dominic Drakes and Sheldon Cottrell comprise the bowlers who weren't in the squad but will feature in the T20I series. Let's have a look at the highest wicket-takers between these two sides in T20Is.

Former captain and a T20 legend from West Indies, DJ Bravo comes 5th on this list. The Trinidadian all-rounder has 7 wickets to his name in 6 T20I matches against India.

Dwayne Bravo recorded his best figures against India in a group match of the T20 World Cup 2009 at Lord's. After India opted to bat first, Bravo's 4/38 restricted India to a total of 153/7 in 20 overs. Not only this, the all-rounder scored unbeaten 66 runs off 36 balls to win the match for his team.

The Indian medium-pacer comes next on the list with 8 wickets to his name in 12 T20I matches against West Indies. Along with this, Kumar has an impressive economy of 7.22. The 32-year old's best performance of 2/12 against West Indies came in the 2nd T20I in 2018 at Lucknow.

After being put in to bat first, India posted 195/2 in 20 overs with a 61-ball-111 by the captain Rohit Sharma. In reply, West Indies were restricted to 124/9 courtesy of a couple of wickets each from Kumar, Bumrah, Khaleel & Kuldeep. Kumar remained as the best bowler by giving only 12 runs in his quota of 4 overs.

After being put in to bat first, West Indies were restricted to 109/8 with Kuldeep Yadav picking up 3 wickets for 13 runs in his quota of 4 overs. Yadav picked up important wickets of Dinesh Ramdin, Darren Bravo and Rovman Powell. In reply, India were able to chase down the score in 17.5 overs after a few initial hiccups.

India's premium pacer Jasprit Bumrah is unsurprisingly on this list, with 8 wickets in 5 matches. The fast bowler averages 20.25 with a strike rate of 15.0 against the West Indies in T20Is. Bumrah's best figures against West Indies read 2/20.

Jasprit Bumrah recorded these figures in the same match where Bhuvneshwar Kumar registered 2/12 in the 2nd T20I at Lucknow in 2018, where India emerged victorious by 71 runs.

India's most valuable all-rounder Ravindra Jadeja stands #1 in this list with 9 wickets to his name in 10 T20I matches against West Indies. Although he has given away 285 runs in 29.3 overs in these matches.

Jadeja's best of 3/48 against West Indies in T20Is came in a Group 2 match in the T20 World Cup 2014 at Mirpur, Bangladesh. After being put in to bat first, West Indies were restricted to a total of 129/7, where Jadeja remained as the highest wicket-taker.

The left-arm slow bowler picked up the big wickets of Lendl Simmons, captain Daren Sammy and dangerous Andre Russell. However, the 33 -year old gave away 48 runs in his 4 overs at a high economy of 12. In reply, India chased down the target in 19.4 overs, with half-centuries from Rohit Sharma and Virat Kohli, with the former going not out on 62 and taking Team India to a win by 7 wickets.

The 3-match T20I series between India and West Indies is set to start from February 16th, and all three matches will be played at Eden Gardens, Kolkata. Prior to this, India whitewashed tourists West Indies 3-0 in the 3-match ODI series played at Narendra Modi Stadium, Ahmedabad.