PAK vs AUS 3rd Test: Pakistan Openers Off To A Careful Start Chasing 351 Against Australia

Pakistan openers Abdullah Shafique and Imam-ul-Haq gave their team a brisk start against Australia as the third and final Test match was evenly poised at the end of Day 4. 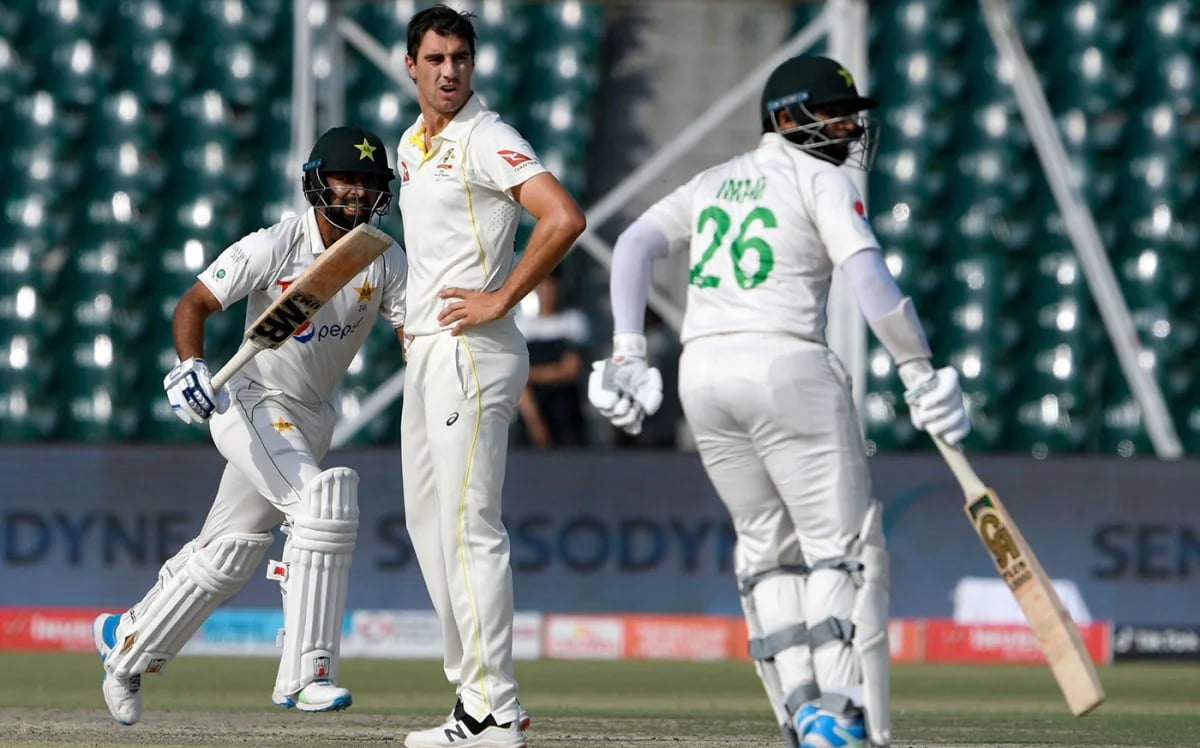 After toiling hard in the field while bowling, Pakistan openers Abdullah Shafique and Imam-ul-Haq gave their team a brisk start against Australia as the third and final Test match was evenly poised at the end of Day 4, here on Thursday.

The visitors looked strong with the bat for the most of the day, with Usman Khawaja leading the attack with a fine Test hundred. Australia declared their second innings on 227/3 late on Day 4, setting Pakistan a target of 351. In reply, the hosts' openers Shafique (27 not out) and Imam (42 not out) didn't give away any wickets and took their team to 73/0 at the stumps as 278 more runs are now needed for a win on the final day.

Earlier, having taken a 123-run lead in the first innings, Australia resumed Day 4 on 11/0. Openers David Warner and Usman Khawaja continued their dominating momentum as they kept increasing Australia's lead.

After surviving three tricky overs in the final session of Day 3, the contest between bat and ball continued on Day 4. Shaheen Afridi and Hasan Ali bowled accurately in their first stint and occasionally made the batters uncomfortable. Their disciplined bowling had almost paid off when Warner in the sixth over edged one to the 'keeper but was lucky as none of the Pakistan players appealed.

Afridi bowled some bouncers to test Warner, but he responded with some superb pull shots, demonstrating his aggressive approach. Warner also used his feet against spinners and collected some easy runs off them.

Khawaja, on the other hand, struggled a bit with his fluency at the start but later continued his good form. Naseem Shah, who was spectacular in Australia's first innings, continued to bowl tight lengths as he kept the batters in check. But things got worse for Pakistan when Naseem clean bowled Khawaja with a cracker of a delivery, only to have overstepped.

As Australia continued to extend their opening partnership, both openers made full use of the lifeline they had received. Warner soon reached his half-century with a single through the covers, but Afridi then delivered an unplayable ball to dismiss Warner on 51.

Marnus Labuschagne, who has not had a good run in his last few innings, made sure with Khawaja that Australia did not lose any more wickets as they went for lunch at 97/1, an ICC report said.

Pakistan, in hope of putting together a fightback, started the second session with Afridi, but set batter Khawaja was determined for another Test hundred on his home soil and continued to toil the Pakistan bowlers. Labuschagne, who was yet to open his account played a reverse sweep against Sajid Khan and got off the mark.

Khawaja and Labuschagne continued to build a partnership, and Khawaja with a flurry of boundaries against Hasan Ali inched closer to his century.

Looking set in the middle, Labuschagne decided to go aggressive and attempted a sweep shot against Sajid, but his plan backfired as he handed over a catch straight to the deep square-leg fielder.

In his 151st innings, Smith came out to bat and with a beautiful cover drive reached a milestone to become the quickest to 8,000 Test runs. The celebrations didn't stop there, as Khawaja in the final over before tea completed his 12th Test century, his second of the series.

There were hopes that Australia would declare with a 325-run lead, but they decided not to and went to tea at 202/2, with Khawaja unbeaten on 100 and Smith not out on 12.

Australia in the final session of the day had only one plan, to extend their lead. The batters approached the game with a different mindset and Smith's switch-hit against Nauman Ali showed Australia's clear intent of collecting runs. Smith was fortunate to be dropped by Azhar Ali at long-off but the dropped catch didn't hurt much as Naseem in the very next over managed to get an edge off Smith's bat to dismiss him on 17.

Travis Head, immediately after coming in to bat, smashed a six and a four off Nauman's bowling and Australia declared on 227/3, with Khawaja being the standout player with his 104 not out.

But Pakistan openers Imam-ul-Haq and Abdullah Shafique made it through, with Shafique fortunate to survive just before the close when he was dropped by Smith in the slips. And the openers will resume with the score of 73/0, with all three results still possible on the final day of the series.