Rajasthan Royals (RR) will try and avenge the defeat they suffered at the hands of Delhi Capitals (DC) on October 9 when they meet on Wednesday. 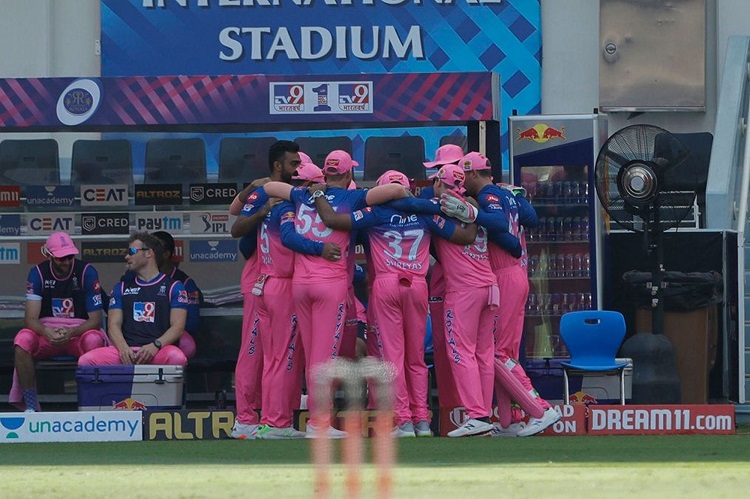 
SRH vs CSK: In Sam Curran, CSK Has Found A Complete Cricketer

The Steve Smith-led RR are placed at the sixth place in the standings and would hope for a spirited show in order to keep their playoff hopes alive.

On Wednesday, RR has a bright chance of settling scores against the Shreyas Iyer-led DC as they have their most lethal weapon, Ben Stokes, back in the side.

The England all-rounder, who opened the innings against SunRisers Hyderabad (SRH), would be hungry to deliver after a below-par show on Sunday, which was also his first game of the season.

It will be interesting to see if the RR think-tank once again asks Stokes to open the innings or send him to bat in the middle-order as his side lacks a genuine finisher or power-hitter there.

While RR has Sanju Samson and skipper Smith at the top, they would be much relieved after Rahul Tewatia and Riyan Parag's gritty show against SRH as the duo snatched a win from the jaws of defeat. Both need to keep the good show going, and with Stokes in the ranks, RR certainly boasts a solid middle-order.

In bowling, if fast bowler Jofra Archer is well-supported by Stokes, things would be quite difficult for any opposition as the duo is capable of troubling even the best batters in business.

On the other hand, DC is placed second in the points table but they do have worries. After losing the services of Amit Mishra and Ishant Sharma for the rest of the IPL, DC will have to hit the field also without Rishabh Pant, who has been sidelined for a week due to hamstring injury.

Pant's absence was visible against Mumbai Indians (MI) as DC failed to post a total they deserved and ultimately were on the receiving end.

However, Shikhar Dhawan is back in form, which will be a major relief for DC. The left-hander played a crucial unbeaten 69-run knock against MI and the team management will expect nothing but consistency from him.

Prithvi Shaw and Iyer are also in good form and the team also has explosive hitters like Marcus Stoinis and Shimron Hetmyer in their middle-order.

DC's bowling has been exceptional so far. South African pacer Kagiso Rabada will as usual be their go-to man along with compatriot Anrich Nortje while they have the services of experienced Ravichandran Ashwin besides Axar Patel.