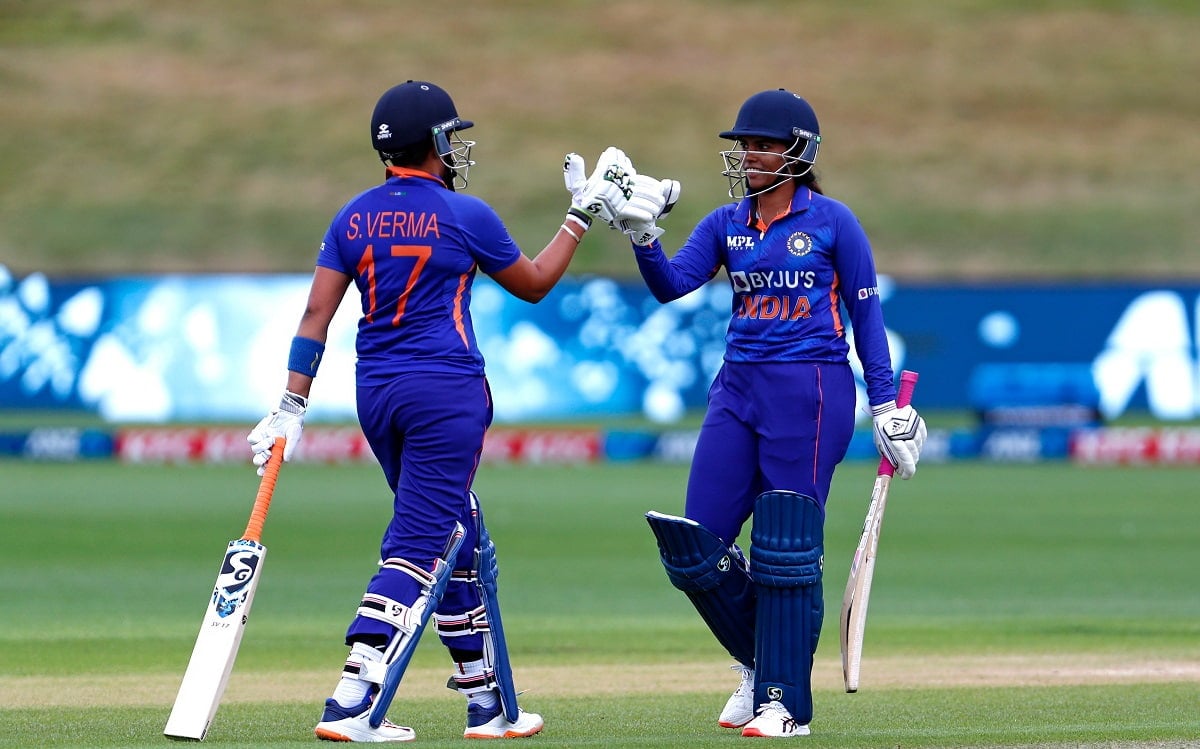 INDW vs MALW: Team India maintained their winning run as they defeated Malaysia Women by 30 runs via the DLS method in a rain-affected match. Malaysia played just 5.2 overs in the 2nd innings before rain interrupted the match, and the result was decided via the DLS method.

In the first innings, Opener Sabbhineni Meghana smacked her first T20I half-century while Shafali Verma and Richa Ghosh made sizeable contributions as India posted 181/4 against Malaysia in the 6th match of the Women's Asia Cup.

After being put in to bat first, Indian openers - Meghana and Shafali, added 116 runs for the first wicket in 13.5 overs. Meghana was dismissed in the 14th over after smacking 69 runs off 53 balls with 11 fours & a six.

Shafali on the other hand scored 46 runs off 39 balls, including a four & 3 sixes before getting dismissed in the 19th over. KP Navgire was dismissed for a golden duck while Richa Ghosh remained unbeaten on 33 runs off 19 balls with 5 fours & a six. For Malaysia, captain Winifred Duraisingam and Nur Dania Syuhada managed 2 wickets each.

In reply, Malaysia were off to a terrible start as they lost captain Winifred for a duck in the first over, against Deepti Sharma. Rajeshwari Gayakwad struck with a second blow, dismissing opener Wan Julia (1) in the 4th over. Malaysia managed to reach 16/2 in 5.2 overs, before rain finished the match. Malaysia were 30 runs shy via DLS method, and lost the 6th match of Women's Asia Cup 2022. Sabbhineni Meghana was adjudged the 'Player of the Match' for her terrific knock with the bat.

Back To Back Wins For India In The Women's Asia Cup!#AsiaCup #IndianCricket #BCCI #TeamIndia pic.twitter.com/cmrOJP38fj

Earlier, Malaysia captain Winifred Duraisingam won the toss & opted to field first against India in the 6th match of the Women's Asia Cup 2022. This match is being played at Sylhet Outer Cricket Stadium, Sylhet.