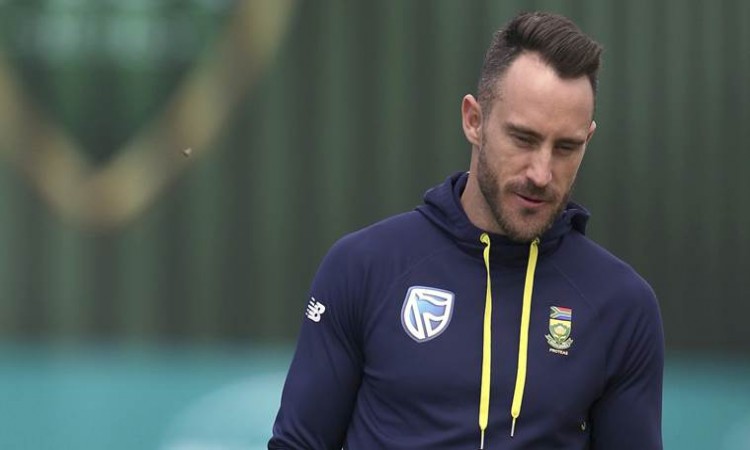 Johannesburg, Jan 27 - South Africa captain Faf du Plessis applauded India for their victory in the third and final Test here on Saturday saying that the visitors were by far the better team.

South Africa lost the third Test by 63 runs at the New Wanderers Stadium here. The hosts, however clinched the series 2-1.

Opting to bat first, India scored 187 and 247 in their first and second innings respectively.

In response, South Africa could only manage 194 and 177 despite a fighting 119-run stand on a difficult pitch by veteran batsman Hashim Amla and a brave Dean Elgar.

"I think India outplayed us in this Test. We didn't take our chances. We were just sloppy. From bowling pov, we weren't consistent. India were the better team," Du Plessis said.

Despite the defeat the South Africa captain heaped praise on Amla and Elgar, asserting that the hosts are happy with the series win despite losing the third Test.

"It was a surprise how the surface played this morning. Elgar and Hashim had a great partnership together. We were disappointed to lose the series. If you asked me 2-1 before the series, I'd have taken it. India is a fantastic side," he said.

"We are the deserved series winners and I am very proud of my team. There's a lot of limited-overs cricket before the Australia series."