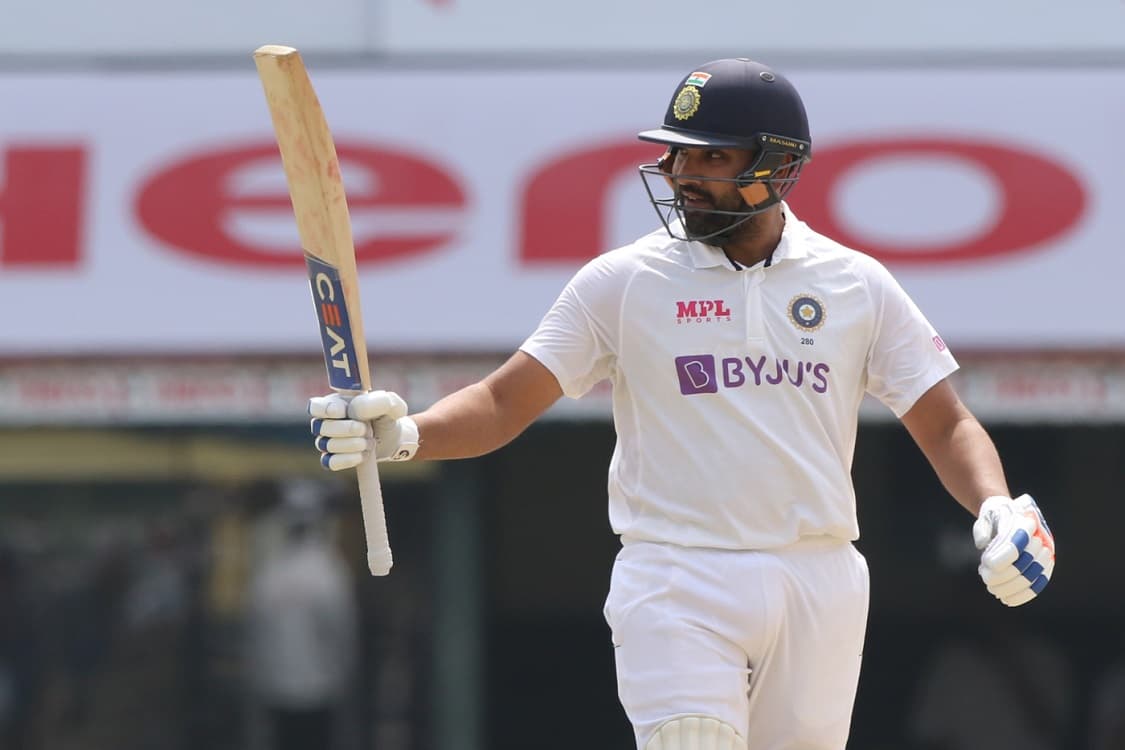 Sharma smashed 80 off the 106 runs his team had scored on a pitch that provided prodigious turn from the first session of the second Test at the MA Chidambaram Stadium here.

When Sharma reached his century, in the 42nd over, India had still not touched the 150-run mark, and by the time he reached 150, India was 230. At the time of his dismissal as the fourth wicket, Sharma had hit 161 of India's 248. India eventually scored 300 for six wickets at 3.4 runs an over on the first day of the second Test.

Pace-wise, it was like a Virender Sehwag knock, in approach it was different - there were no aerial shots, and plenty of sweep shots, something Indians didn't use much in the first Test. Sehwag had played a similarly dominant knock to shut out Sri Lanka in Galle in 2008, scoring 201 out of India's first innings score of 329.

"When you play on turning pitches, you've got to be proactive and can't be reactive. Being on top of the bowler and making sure you are ahead of him was very, very crucial," said Sharma after the end of the day's play.

"We knew how the pitch was prepared. We knew it would turn. So we had a few good training sessions and trained according to what we were going to expect in the middle...using your feet a lot more and making sure you sweep the ball. Mentally, I was prepared before the game what I would be facing once I get in," he added.

Sharma played many sweep shots, negating the rough that off-spinner Moeen Ali tried to exploit. Over one-fourth of his boundaries were off the sweep shots.

Ali, who was brought in for Dom Bess, dismissed India captain Virat Kohli and vice-captain Ajinkya Rahane, getting both bowled. While Kohli's defenses were breached by one turned into him sharply from the rough on the offside as he tried to carve Ali through extra cover against the spin, Rahane was beaten while attempting a sweep shot.