Mayank Agarwal's timely century put India ahead at the end of day 1 of the 2nd test match here in Wankhede Stadium, Mumbai. 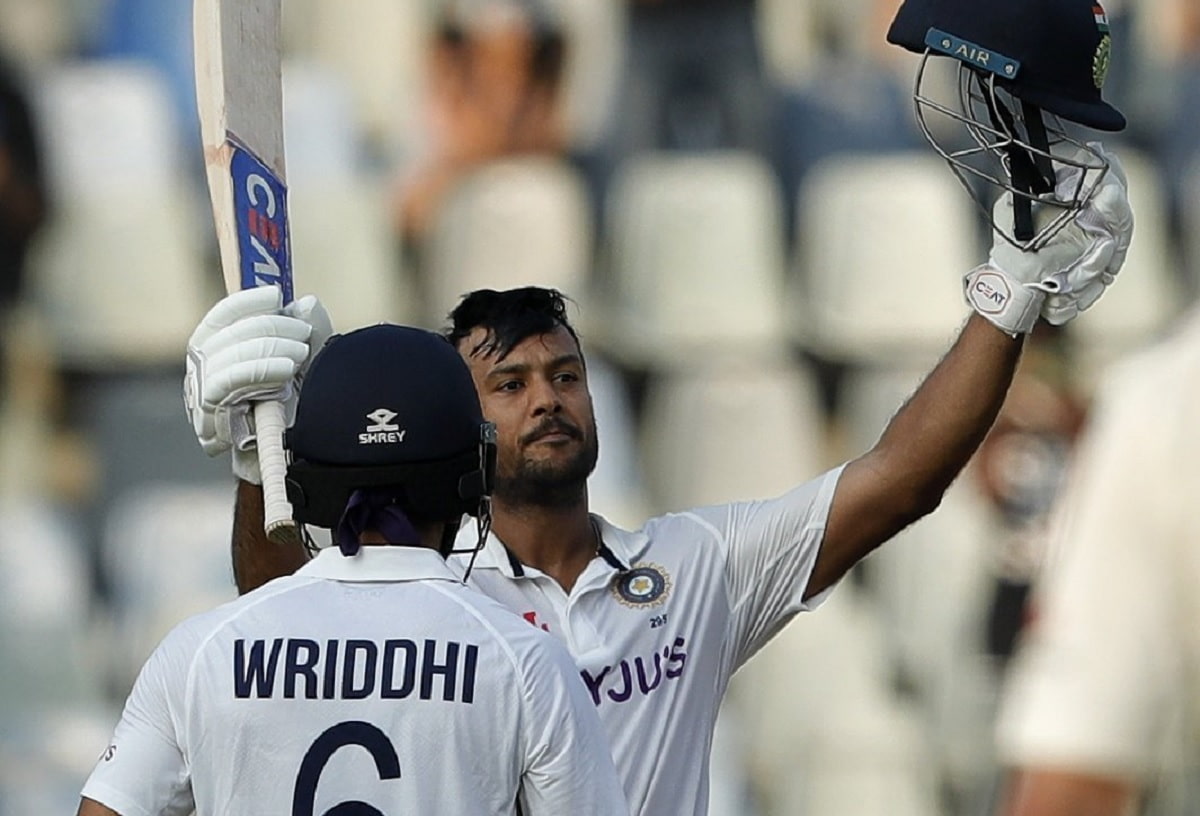 After wet outfield washed out the first session of the play, returning captain Virat Kohli won the toss and opted to bat first as India made three 'niggle based' changes in the lineup where they had to leave out Ajinkya Rahane, Ravindra Jadeja, and Ishant Sharma.


The Extreme Case Of Mayank Agarwal In India

Openers Mayank Agarwal and Shubman Gill started well as they weren't shy to find boundaries and run quick singles. Gill smashed Kyle Jamieson for three fours in the first over to open his account.

The duo added 80 runs in 27 overs to set the platform for India to score big on a bouncy Mumbai pitch that also offered turn. Ajaz was introduced early by Tom Latham, who was standing in as captain for injured Kane Williamson.

Patel kept asking questions to the batters with his consistent tight line into the stumps. However, he finally got his reward in the 27th over in the form of Gill. In his next over, Cheteshwar Pujara got bowled and four balls later Kohli was adjudged LBW.

Mayank continued to smash the bowlers around the park as he added 80 runs for the fourth wicket with Shreyas Iyer in just 106 balls. Agarwal was the aggressor in the partnership where he added 53 runs in 65 balls while Iyer scored 18 off 41 balls before Ajaz once again struck to get his fourth wicket.

Mayank was joined by Wriddhiman Saha at the crease. The duo looked solid but didn't get many scoring opportunities. In between their unbeaten 61-run partnership, Mayank reached his fourth test century.