Great to start with three wins in a row: Kane Williamson 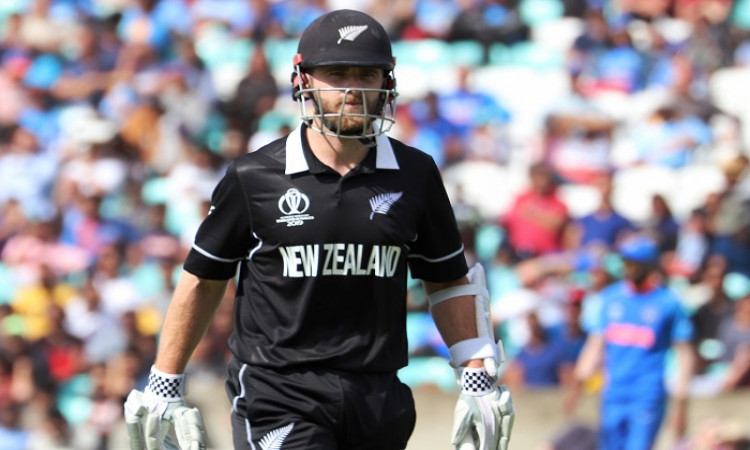 Taunton (England), June 9 (CRICKETNMORE):  New Zealand captain Kane Williamson said that the Kiwis have got an ideal start to the tournament. Their victory against Afghanistan was their third consecutive win of the tournament and they are one of the three teams to have remained unbeaten thus far.

"Every game you play, you set out to win it, and it's great to have three wins in a row to start with," said Williamson.

New Zealand bowled out Afghanistan for 172 on Saturday largely thanks to Jimmy Neesham and Lockie Ferguson picking four and five wickets respectively. They eventually won the match by seven wickets.

"It was an outstanding effort. There are some world-class players in the Afghan side. I have played with a number of them for a few years. They got off to a good start and it was important to build some pressure in the middle-overs, and the way the seamers came back in the middle-overs was fantastic -- pace, bounce and a bit of movement did it for them," Williamson said in the post-match presentation ceremony.

"Lockie doesn't need a lot of encouragement to turn up the speed. He has been fantastic in the three games so far. The left and right-arm combination helps up top and Neesham hitting the wicket hard with the bounce, pace and the movement -- the same with their opening bowlers. The fielding, I think, was great from us," he said.

Afghanistan's star spinner Rashid Khan could not bowl after failing a concussion test after being hit by a short delivery from Ferguson while batting.

Captain Gulbadin Naib admitted that apart from missing Rashid, the team suffered as the batsmen threw their wickets away. "We misread the length of the ball, some of us, and we threw our wickets away early. So credit to the Kiwi bowlers. We have to play out 50 overs, and it is important for us to stay at the wicket. Our bowlers started well. The wickets did not support the fast bowlers, so we missed out on Rashid," he said.