England are now 2-1 up in the 7-match series against Pakistan with 4 T20Is left to be played. 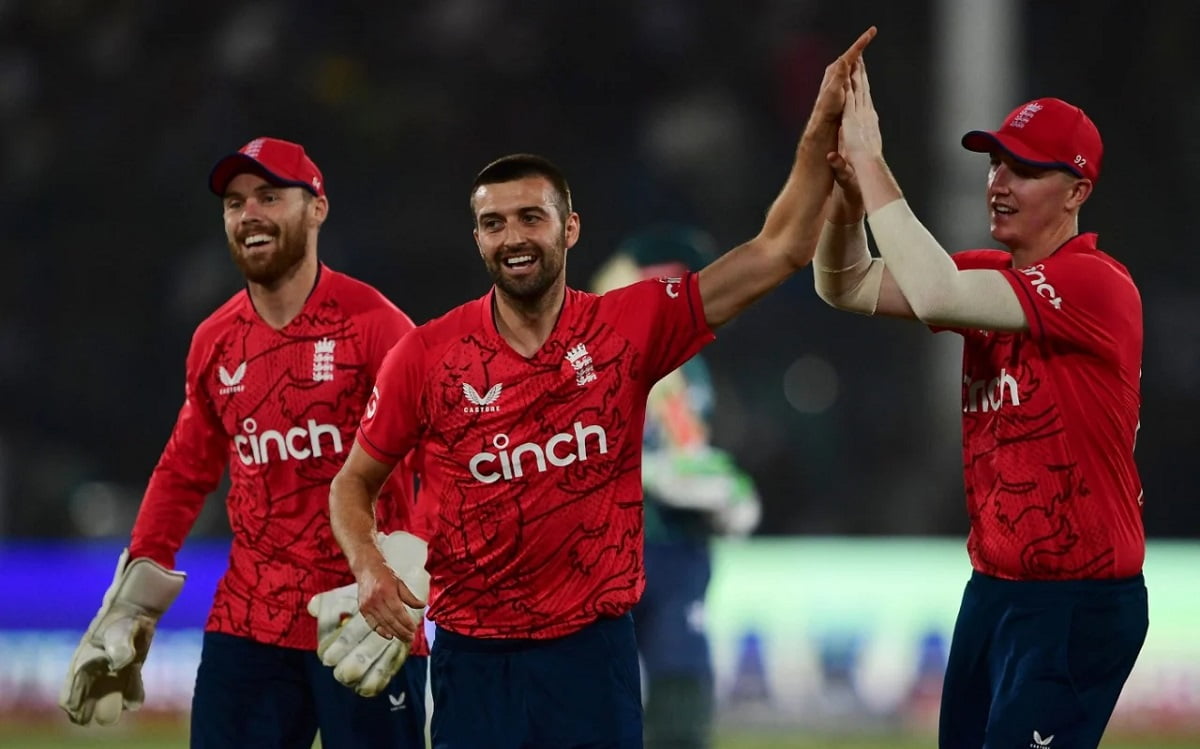 PAK vs ENG - After an outstanding batting performance by Will Jacks, Ben Duckett and Harry Brook, the bowlers followed up with a good performance. After dismissing the openers early, England bowlers exposed the Pakistan batting and no one managed a fight apart from Shan Masood.

Pakistan captain Babar Azam, who smacked a ton in the last match, was dismissed for 8 runs in the 3rd over by Mark Wood. Reece Topley, playing his first match of the series, went on to dismiss Mohammad Rizwan (8) in the 4th over.

Shan Masood remained unbeaten on 66 runs off 40 balls with 3 fours & 4 sixes, while Pakistan were halted to 158/8 in 20 overs, losing the match by 63 runs. For the tourists, Mark Wood picked up 3 wickets while Adil Rashid grabbed 2 wickets. Reece Topley and Sam Curran managed 1 wicket each. England are now 2-1 up in the 7-match series with 4 T20Is left to be played.

In the first innings, Courtesy of excellent batting performance and partnership between Ben Duckett and Harry Brook, England posted a massive total of 221/3 in 20 overs after being put in to bat first against Pakistan in the 3rd T20I.

England lost opener Philip Salt (8) in the 3rd over by Mohammad Hasnain while Dawid Malan (14) was dismissed by Usman Qadir in the 7th over. Debutant opener Will Jacks was also dismissed by Qadir after scoring 40 runs off 22 balls with 8 fours.

After Jacks was dismissed in the 9th over, Ben Duckett and Harry Brook held the crease, etching a humongous unbeaten partnership of 139 runs in 69 balls for the fourth wicket. Duckett scored 70 runs in 42 balls with 8 fours & a six while Harry Brook smacked 81 runs off 35 balls with 8 fours & 5 sixes. Pakistan now need 222 runs in 20 overs to build a 2-1 lead in the 7-match series.

Earlier, Pakistan captain Babar Azam won the toss & opted to bowl first against England in the 3rd T20I. This match is being played at National Stadium, Karachi.