In the sixth T20I between England and Pakistan in Lahore, batter Phil Salt's blistering 87 not out off just 41 balls helped the visitors chase down 170. 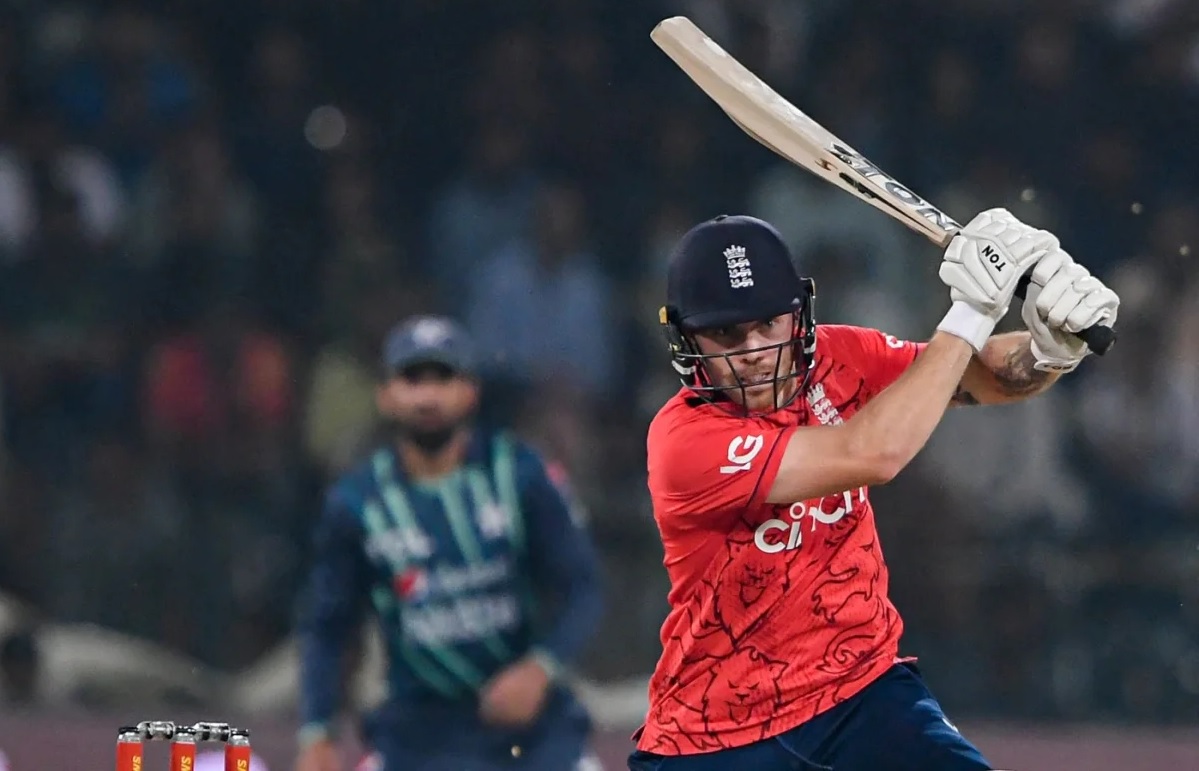 In the sixth T20I between England and Pakistan in Lahore, batter Phil Salt's blistering 87 not out off just 41 balls helped the visitors chase down 170 and set the stage for a glittering series decider on Sunday.

Salt reached his half-century in only 19 balls and brought up the fifty of the opening stand with Alex Hales in just the first three overs of the chase, which meant the result of the match was decided at that juncture.

Former England captain Michael Atherton was clearly impressed by Salt's knock, pointing out that he was more pleased to see the batter remain unbeaten and finish off the chase in his best-ever knock for the side.

"He played absolutely brilliantly. Alex Hales helped him give England a rapid start and the game was done, really, after that opening power play. But very nice to see Phil Salt go on unbeaten and finish the game off for his best innings in England colors," said Atherton on Sky Sports after the match ended.

Salt's magnificent knock of 13 fours and three sixes could be essential in giving him the push to get ahead of Hales in the battle to open the batting with regular white-ball skipper Jos Buttler at the T20 World Cup next month in Australia.

Atherton believes that Salt opening the batting with Buttler in Australia is a possibility now after his spectacular knock at Lahore and added that he could be an extra wicket-keeping option for England, citing this year's The Hundred.

"I think the assumption (that Hales will open with Buttler) is right, given Hales' record in Australia and how relatively inexperienced Salt is in international cricket. But you don't ignore innings like that. There is also an intriguing possibility with him also being a wicketkeeper."

"We saw in The Hundred (for Manchester Originals) that he kept wicket and Buttler captained from mid-off. Buttler has a lot on his plate as an opener, captain, and wicketkeeper, so England could take the responsibility off of him. You imagine Buttler will still keep wicket for now, but Salt could be an option down the line."

The T20I series between England and Pakistan has been full of tension and extremely close endings of matches. But Salt's knock ensured that no such late tension or plot twist in Friday's match.

"He (Salt) played brilliantly and because of it there was kind of an absence of tension there in that second half of the game. Throughout this series, we've seen very close matches, swinging this way and that and full of tension, but none of that tonight just because of how well Phil Salt played," added Atherton.

Atherton signed off by lavishing praise on Salt taking Pakistan's bowling attack to the cleaners by improving on mistakes from previous matches. "He is very strong down the ground and when the bowlers overpitch his driving is exceptional -- it was a treat to behold."

"He is also quick onto the short ball. He has learnt from his errors (in previous games) and placed his pull shots better, and Pakistan had no answer to him. He treated the bowlers with an element of disdain."