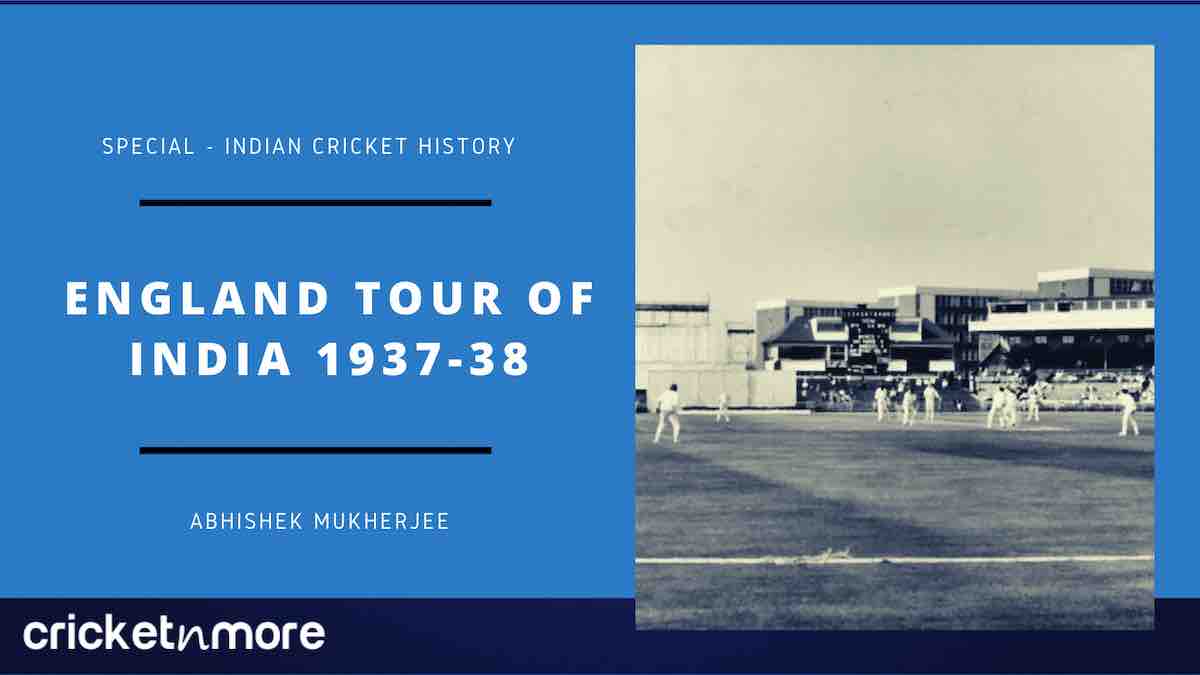 Due to the Second World War, India did not play a Test match between 1936 and 1946. However, a reasonably strong English side did tour India in 1937/38. The team, led by Lionel Tennyson, had thirteen men who played Test cricket at some point.

Apart from the tour matches, the team played five matches against All-India sides. But despite the strength of the touring side, these matches were not given official Test match status. Almost the entire English team suffered from one disease or the other on the tour, but they still managed to win the "Test" series 3-2.

India were the only major nation where cricket continued during the War, with Vijay Merchant and Vijay Hazare accumulating runs by the hundred.

During the War, several English cricketers posted in India turned up for Ranji Trophy sides. The biggest name among them was Denis Compton, who was posted in Mhow as a sergeant-major. CK Nayudu got Compton to play for Holkar. Holkar needed to chase 867 In the famous Ranji Trophy final of 1944/45. They were bowled out for 492. Coming out to bat at 12/2, Compton remained unbeaten on 249.

In fact, British cricketers playing for Ranji Trophy sides was hardly a rare phenomenon. Some of the captains of the era were British. As captain, Albert Wensley won the Ranji Trophy for Nawanagar in 1936/37; TC Longfield did the same for Bengal in 1938/39; and Herbert Barritt for Western India in 1943/44.