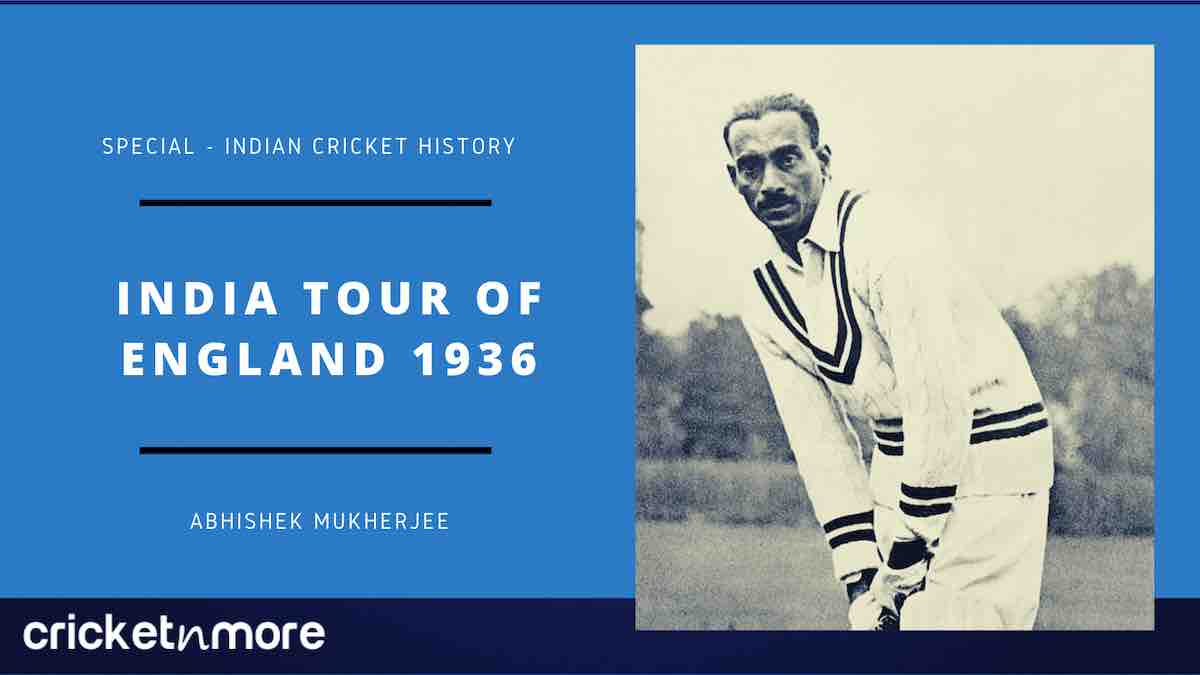 The 1936 tour was one of the disastrous in the history of Indian cricket. India were led by the Maharajkumar of Vizianagram, popularly known as Vizzy. He was an ordinary cricketer who batted at No. 9 and did not bowl or keep wickets; he scored only 33 runs. He once bribed an opposition captain with a gold watch and asked him to bowl full-tosses and long-hops.

Vizzy had played out a convoluted political scheme to perfection to get himself appointed captain. Jack Brittain-Jones, close to Vizzy, was the manager. Vizzy arrived in England with thirty-six pieces of luggage and two servants.

Despite not being the official captain, CK Nayudu was the popular choice as leader. Vizzy realised this and tried to create two factions in the squad. He bribed members of his "camp" with gifts including a trip to Paris. Baqa Jilani even earned a Test cap after insulting Nayudu at the breakfast table.

Vizzy got knighted on the tour. Nayudu was leading the Indians on the same day at Liverpool. Lancashire were chasing 199. Vizzy cabled Mohammad Nissar to bowl only full-tosses. Nayudu realised exactly what was going on. He took Nissar off the attack. Then, in unison with Jehangir Khan, led India to a win.

During the tour, Lala Amarnath lost his temper on the ground over field placements. Vizzy responded by making Amarnath bowl long spells despite the latter's back problems. On another occasion, an angry Amarnath said a couple of things loudly in Punjabi. Vizzy sent him back home mid-tour.