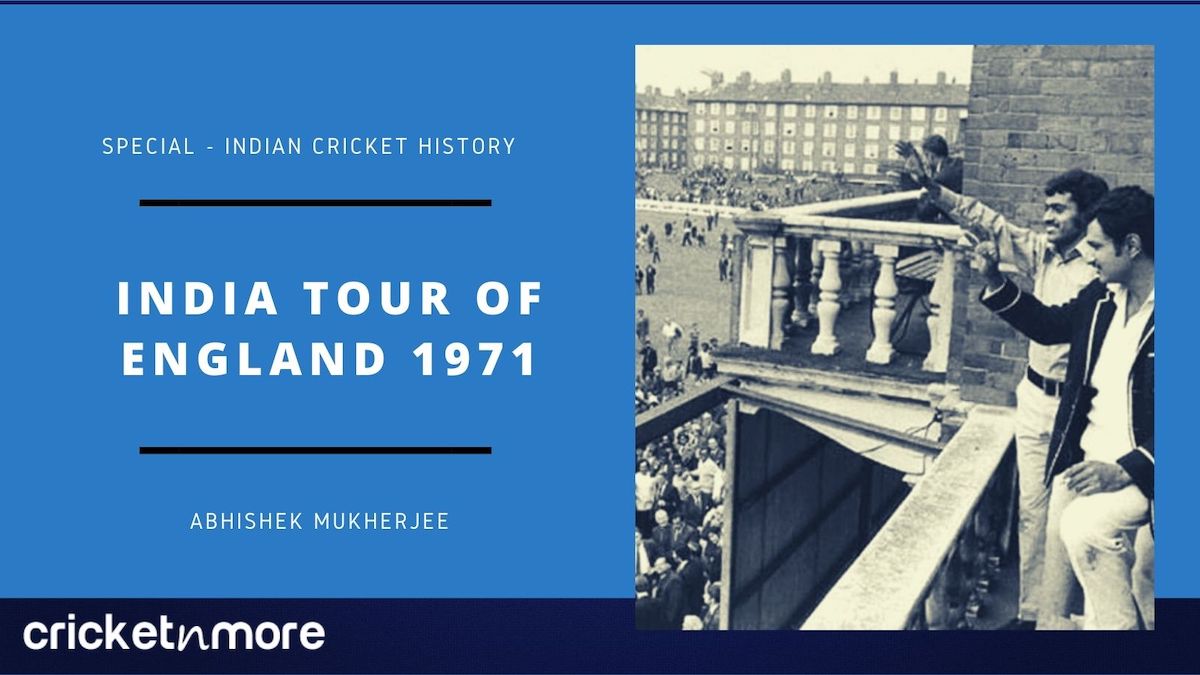 India created history by winning their first ever Test match and series in England on the 1971 tour.

Towards the end of the 1960s, the new selection committee – headed by Vijay Merchant – brought several changes to the Indian squad. They drafted in young talents. While some of them faded out, some – like Sunil Gavaskar, Gundappa Viswanath, and Mohinder Amarnath – went on to have long careers for India.

The other major decision was the appointment of Ajit Wadekar as captain ahead of the twin tours of West Indies and England in 1971. Mansur Ali Khan Pataudi, who had led India throughout the 1960s, was sacked. Wadekar wanted Pataudi on both tours, but Pataudi opted out.

India won their first ever Test match against West Indies at Port-of-Spain. They won the series 1-0. Gavaskar scored 774 runs (still a world record for anyone in their debut series), while Dilip Sardesai got 642. Bishan Bedi, EAS Prasanna, and Srinivas Venkataraghavan shared 48 wickets.

Despite the enormity of the achievement, one must remember that West Indies were passing through a transition phase at this point, when they did not win a Test series between 1966 and 1973.

The England series, on the other hand, was another matter. At this point England were the best team in the world. They had been unbeaten in their last 24 Test matches. They had recently won 2-0 in Australia. West Indies were having a poor run. South Africa were banned. And just before the series against India, England had beaten Pakistan at home.

One must remember that India had never won a Test match, let alone a series, in England until then. They had lost all six series. Of the 19 Test matches, they had drawn 4 and lost 15.

Col. Hemu Adhikari, who had toured England on the disastrous 1952 tour, was the manager in 1971. Fred Trueman, who had tormented India in 1952 (and 1959), greeted Adhikari with the words "glad to see, Colonel, that you ve got your colour back."

Adhikari decided to give it back. He put extra emphasis on fielding, pushing the Indians. As a result, India had an excellent cohort of close-in fielders, in Wadekar, Gavaskar, Venkat, and Eknath Solkar. Together with Farokh Engineer behind the stumps, they played pivotal role in helping India script history on that tour.