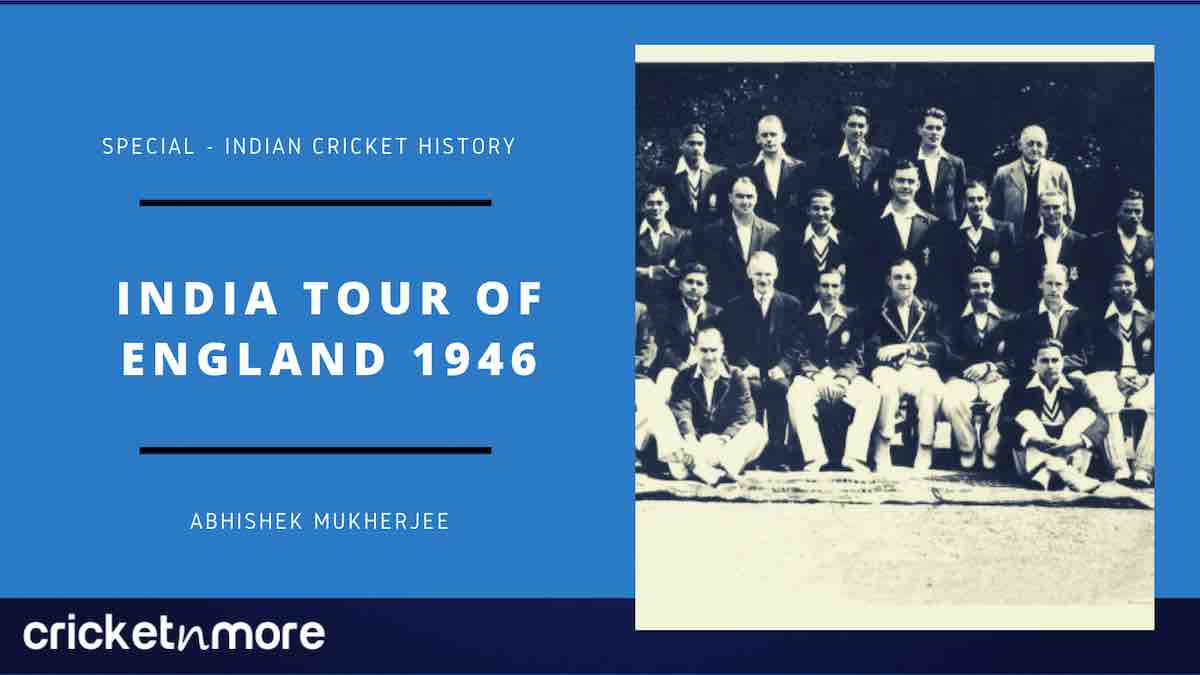 The Second World War had made long-distance aircrafts more common than before. India's 1946 tour of England was the first time a squad flew across continents to play a Test series.

These were delicate times. The political scenario in India was turbulent. They were about a year away from becoming Independent of British rule, but despite that the tour went ahead without much fuss.

India were led by Iftikhar Ali Khan, the Nawab of Pataudi, who had played three Test matches for England in the early 1930s. Future Indian stars like Vinoo Mankad, Vijay Hazare, Rusi Modi (for India), Alec Bedser, and Godfrey Evans (for England) all made their debuts on the tour.

The Indian squad also included Abdul Hafeez Kardar and Gul Mohammad, both of whom would play for Pakistan after the Partition of India. Kardar became Pakistan's first captain.

In a wet summer, India won 11 matches and lost 4, but they lost the three-match Test series 0-1, the defeat coming in the first Test, at Lord's.

The second Test, at Old Trafford, went down to the last ball. England set India 278 in three hours. Bedser ran through the Indian middle-order. India lost their ninth wicket with 13 minutes left, but Ranga Sohoni and Dattaram Hindlekar saved the Test match.

With 2,385 runs at 74.53, vice-captain Vijay Merchant had an incredible summer. In the three Tests he got 245 at an average of 49, and finished as the leading run-scorer from either side. Mankad was named a Wisden Cricketer of the Year for his 1,120 runs 129 wickets.