Change In The Playing XI Or A Tweak in The Batting Order - What Is The Key For Team India? 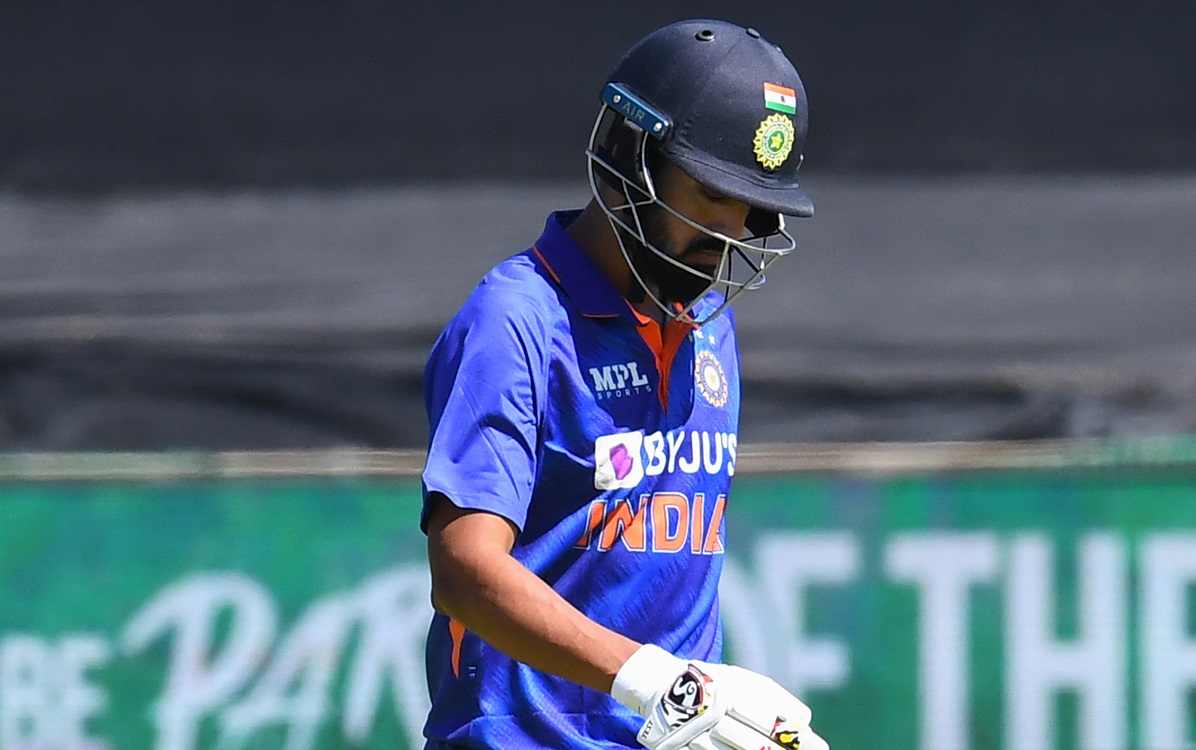 Team India suffered a 31-run loss at the hands of the hosts in the first ODI played at Boland Park, Paarl on January 19th (Wednesday). Even though Indian bowlers didn't manage to pick up a wicket in the middle overs and consequently South Africa's Temba Bavuma and Rassie van der Dussen etched a partnership in excess of 200 runs, the main cause of this loss can be put on the failure of Indian batting.

While chasing a target of 296, India lost its opener and captain KL Rahul in the 9th over. From there, Shikhar Dhawan and Virat Kohli held the crease for a while, when Dhawan's wicket in the 25th over opened the game for South Africa. Rishabh Pant was trusted to bat at #4 which meant a number 5 spot for Shreyas Iyer. Shreyas was followed by Venkatesh Iyer, and then Ashwin and Shardul.

India have struggled to find a proper #4 batter in the ODIs, which proved to be one of the major issues for Team India in the 50-over World Cup in 2019. We're still going through the same concern, and India has still not fixed a batting position for each batter. Constantly switching KL Rahul between opening and number 5 is a bizarre idea. India has tweaked its batting order a lot to let any batter get comfortable or become a regular for a batting position.

Other people have demanded that India should play another spinner instead of going with both Thakur and Venkatesh. However, do we really need these changes based on one match? All the eleven players who took the field for India in the first ODI have proved their worth and skills and have been selected to represent the country. All of them are players capable of competing at the global level.

However, a change in the batting order may seem the way to go after a defeat in the first match of a 3-match ODI series. India needs to fix the flaws and bounce back stronger in a limited time. The Indian team needs to assign the batters their designated batting position, and at the same time face the challenge of selecting the best XI in the pool of marvellous talent India has.

The first and most imminent change required is KL Rahul going back to his number 5 position. KL Rahul said in a pre-ODI series press conference that he'd open the innings with Shikhar Dhawan in the absence of regular white-ball captain and opener Rohit Sharma. However, Rishabh Pant is being portrayed as the regular number four for team India and if that's the case, KL Rahul should shift back to his number 5 position.

The reasoning behind this is simple, the top 3 batters of the team - Rahul, Dhawan and Kohli, are the most experienced batters of the team. However, if the team loses these three early, then the chances of a batting collapse are quite high, as we already saw in the first ODI. Rahul playing at #5 will mean support for the youngsters in the middle overs, and if India loses quick wickets early in the innings, captain KL Rahul can stand at the crease and take control of the match for his team.

Another reason for playing KL Rahul at the #5 position is, what happens when Rohit Sharma comes back? Shikhar Dhawan has proved that he is a solid opener and cannot be sidelined or moved down the order. Rohit Sharma was announced as the captain of the limited-overs team and would take back his opening spot. That would ultimately result in KL Rahul going back to the #5 spot.

If we consider numbers, KL Rahul has scored 453 runs in 10 innings, batting at #5 for team India in the ODIs. On the other hand, KL has scored 820 runs in 19 innings. His average at number 5 (56.62) is significantly better than his average while opening (48.23). This goes on to prove why KL Rahul is the best-suited player for team India to play at #5.

However, for KL Rahul to bat down the order, the team would need someone to open the innings with Dhawan. Even though Venkatesh Iyer has proved his skills while opening for Kolkata Knight Riders in the IPL 2021, team India are looking at him as their future number 6 or number 7, i.e. as a finisher and it is highly unlikely that he'd be moved up the order.

In this case, Shreyas Iyer would have to make way for Ruturaj Gaikwad into the team. Gaikwad has proved his form by performing consistently with the bat in IPL 2021 and then in Vijay Hazare Trophy. Shikhar Dhawan and Ruturaj Gaikwad can then open the innings, followed by Virat Kohli at #3, Rishabh Pant at #4, KL Rahul at #5  &Venkatesh Iyer at #6.

However, this is where Team India face the 'problem of plenty'. Along with Ruturaj, Ishan Kishan is also sitting on the bench who has an image of an opener. With so many top-order batters in the squad, it is only sensible for an experienced and responsible batter like KL Rahul should take the middle order spot to support his team better.

Shardul Thakur proved his batting abilities as he brought up his maiden ODI fifty in 43 balls, although in a losing cause. He was sent at #8, after Ashwin and would probably be sent earlier in the coming matches. He will most probably take up the #7 spot ahead of Ravichandran Ashwin.

Team India is set to clash against South Africa in the second ODI on Friday (January 21st) at Boland Park, Paarl. India would look to bounce back and level the series in this ODI.