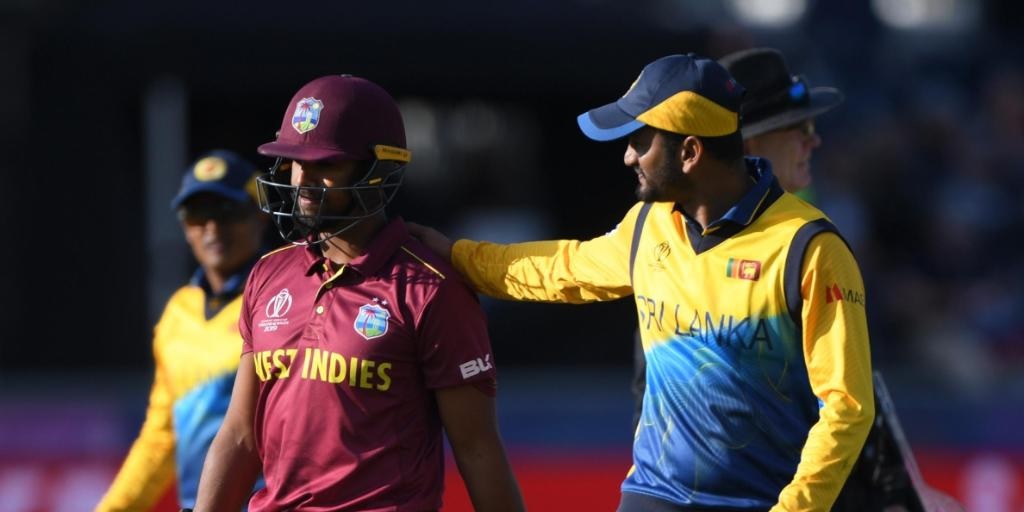 Durham, July 3 (CRICKETNMORE):  West Indies and Sri Lanka have been fined for maintaining a slow over-rate in their last World Cup match in Durham which Sri Lanka won by 23 runs.

Match referee David Boon imposed the fines after Jason Holder's West Indies and Dimuth Karunaratne's Sri Lanka were both ruled to be two overs short of their target after time allowances were taken into consideration during Monday's game.

Captains Holder and Karunaratne have both been fined 40 per cent of their match fees, while the rest of the players of both the teams have received 20 per cent fines.

If either West Indies or Sri Lanka commit another minor over-rate breach in an ODI within 12 months of this offence with Holder or Karunaratne as captain, it will be deemed a second offence and they will face a suspension.