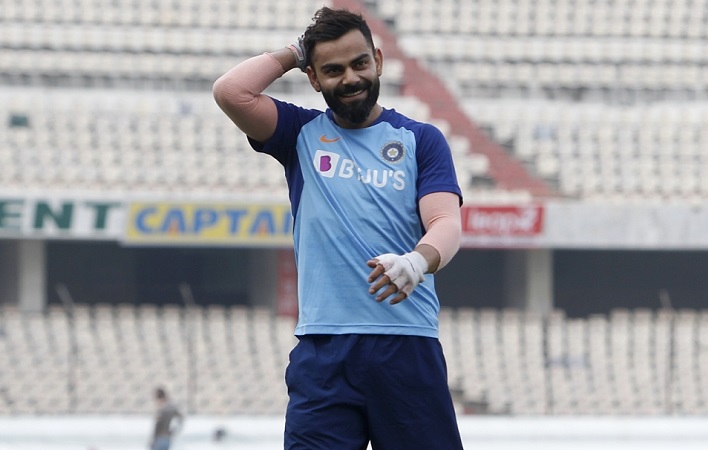 Hyderabad, Dec 5: Known to keep fitness on top of their agenda under skipper Virat Kohli, the Indian cricket team on Wednesday added a new running drill to their practice curriculum.

During the first training session of the team ahead of the three match T20 series against the West Indies here on Wednesday, the Indian players were seen running in batches with the front row having coloured towels placed on the back of their shorts and the chasing pack trying to collect it.

The video was shared by BCCI on their social media handles with the caption "A look at Team India's new 'Chase drill'.

India will take on the West Indies in three T20Is and three ODIs. The first T20I is starting here on Friday.