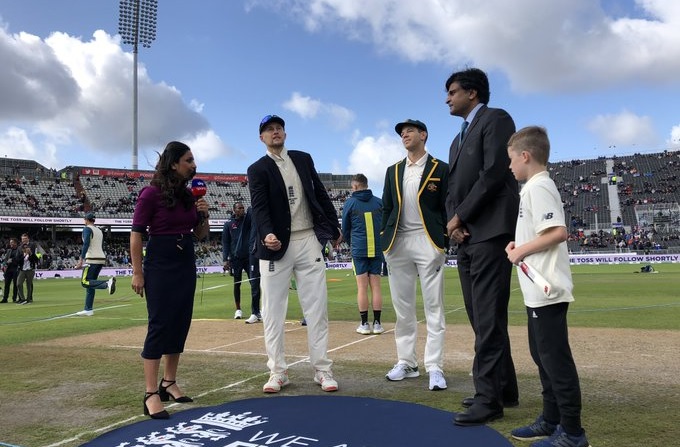 Manchester, Sep 4: Australia captain Tim Paine won the toss and elected to bat in the fourth Ashes Test against England beginning Wednesday at the Old Trafford.                      Australia have brought in left-arm pacer Mitchell Starc and Steve Smith in place of James Pattinson and Usman Khawaja.

On the other hand, England have also made one change to their Playing XI, which featured in the last match at Headingley by including right-arm fast bowler Craig Overton for Chris Woakes.