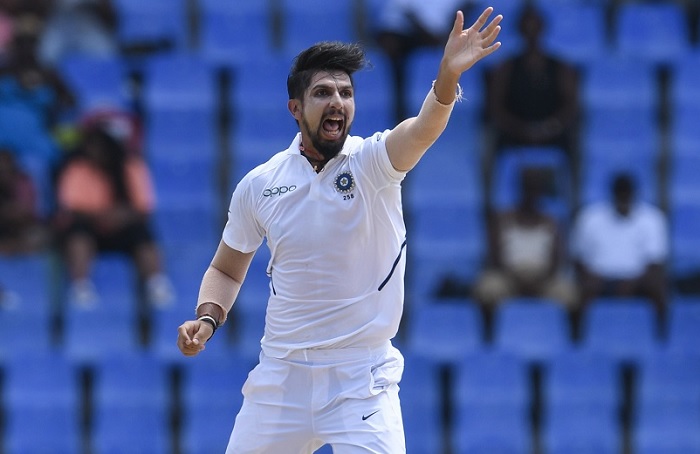 Kingston (Jamaica), Sep 2:  Right-arm pacer Ishant Sharma has added yet another feather to his cap as he has become the most successful Indian pacer outside Asia in Test cricket.

On Day 3 of the ongoing second and final Test against the West Indies, Ishant went past legendary skipper Kapil Dev's tally of 155 wickets outside Asia. He achieved the feat when he dismissed Jahmar Hamilton for 5 as West Indies were bowled out for 117 in the first innings.

Legendary leg-spinner Anil Kumble, with 200 wickets in 50 matches, tops the list of Indians with most wickets outside Asia.

Ishant has scalped 165 wickets in 92 Tests he has played till now.