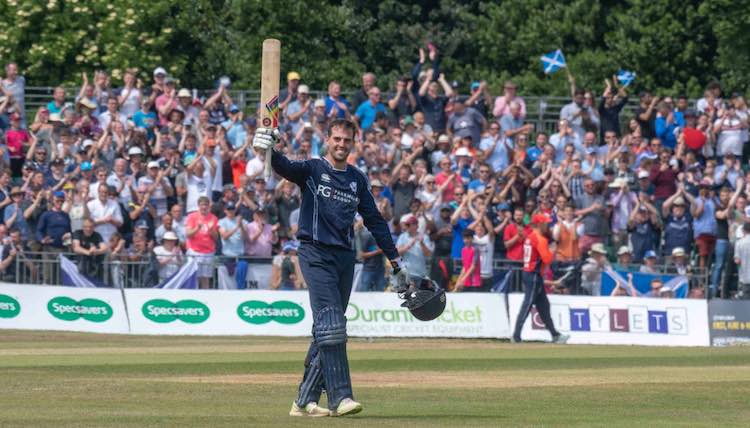 June 10 (CRICKETNMORE) - Scotland post mammoth 371-5 against England in the only ODI of the series at Grange Cricket Club in Edinburgh on Sunday. Calum MacLeod scored a brilliant century for Scotland.

MacLeod was well supported by skipper Kyle Coetzer and George Munsey who scored half-centuries for the team.