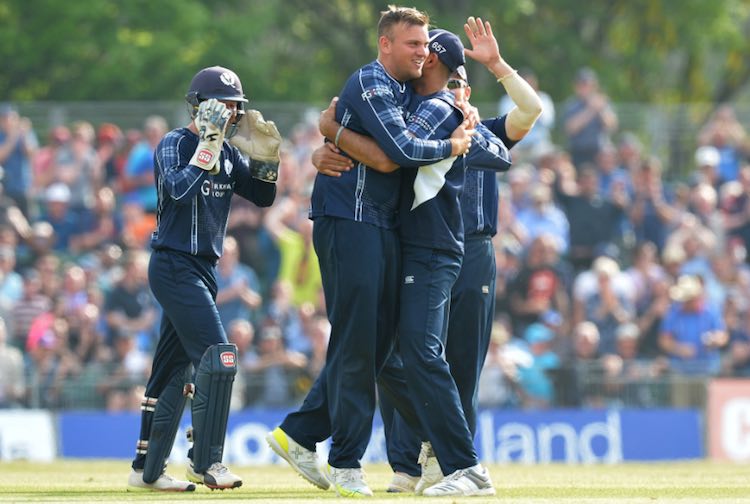 June 10 (CRICKETNMORE) - Scotland beat England by 6 runs in the only ODI of the series at Grange Cricket Club in Edinburgh on Sunday. This is Scotland's first victory over England in an official ICC match.

Scotland post 371/5, their biggest score in ODIs – as Callum MacLeod scored an unbeaten 140. England were bowled out for 364 in the penultimate over.