Next time I'll check where the camera is: Rohit 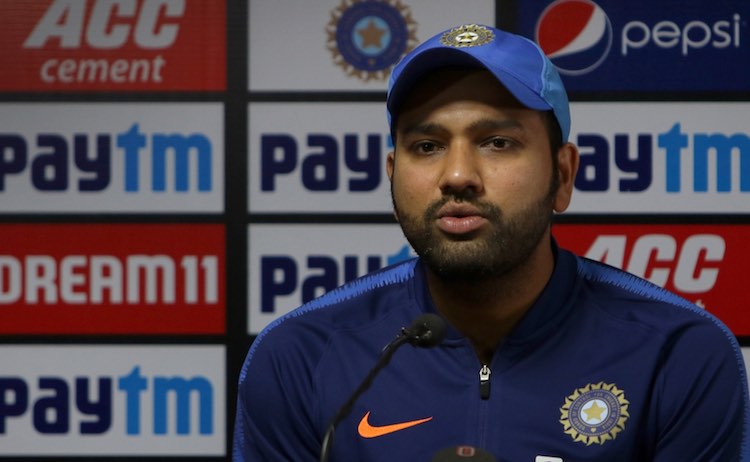 Rajkot, Nov 10 - Star India batsman Rohit Sharma has said that he will be more mindful of where the camera is pointing the next time he is on the pitch.

Rohit, who is standing in as captain for India in the ongoing T20I series against Bangladesh in place of the rested Virat Kohli, was caught swearing on camera during the second T20I in Rajkot when a run out decision that went India's way was not displayed on the screen.

Earlier, Rohit could be heard using an expletive in the stump mic during India's Test series against South Africa.

"I'm quite an emotional guy on the field. Some of the decisions in the previous match and some of the on-field moments today... We were a bit sloppy. Ultimately, the aim is to get the job done, and sometimes we display a lot of emotions. Next time I'll check where the camera is (laughs)," Rohit said during the post-match press conference in Rajkot.

Rohit led from the front in that match, smashing 85 off 43 balls as India won the second T20I by eight wickets to level the three-match series 1-1. In the decisive third T20I, India have set a target of 175 for Bangladesh to chase.