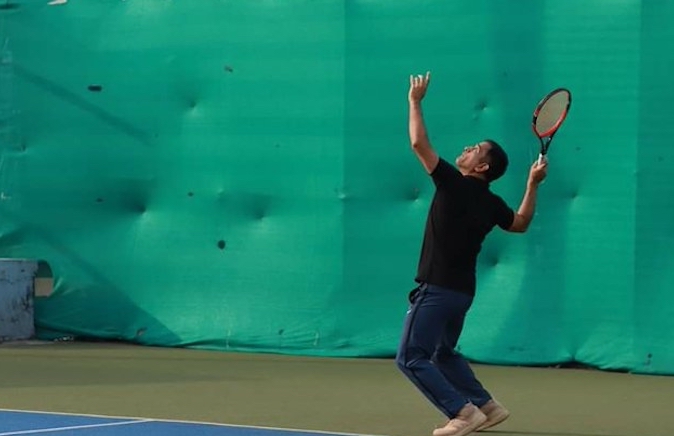 The veteran wicketkeeper-batsman, who has taken a break from cricket after the ODI World Cup in July, was pictured during the tournament and the image has been doing the rounds on social media on Sunday.

"The King, at your service," CSK captioned the image.

Dhoni's future with the Indian team has been the subject of considerable speculation in the months since the World Cup. The 38-year-old had initially taken a two-month sabatical from cricket after India's defeat to New Zealand in the semifinal of the tournament.

However, he has since extended that break and chief selector M.S.K. Prasad has said that the management will be looking to move on to younger talents in the run up to the 2020 World T20.