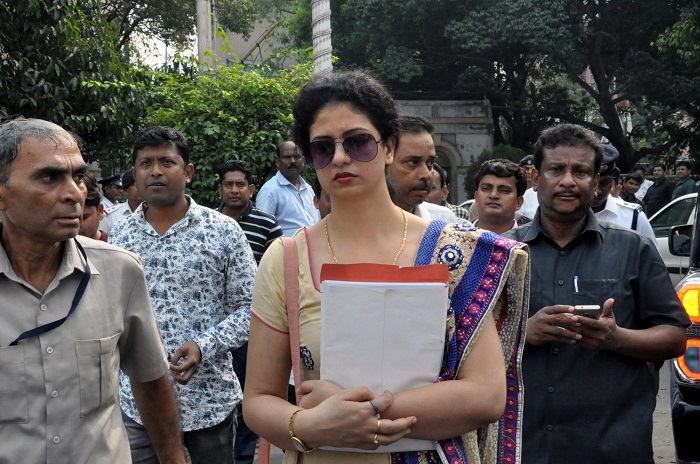 Lucknow, April 29 (CRICKETNMORE) Hasin Jahan, estranged wife of cricketer Mohammed Shami, was taken into custody by police in Amroha in Uttar Pradesh after she reached her husbands house and created a ruckus. She was later released on bail.

Hasin Jahan reached her husband's house in Sahaspur Ali Nagar village late on Sunday night. When her in-laws asked her to leave. she locked herself and her child in a room.

The police were called. When the police failed to bring a truce between the warring parties, they took Hasin Jahan into custody.

Talking to reporters, Hasin Jahan said: "I have come to my husband's house and I have every right to stay here. My in-laws are misbehaving with me and the police is supporting them. They should have arrested them but they are taking me to the police station."

Mohammed Shami is currently busy with IPL. He is a member of the Kings XI Punjab.