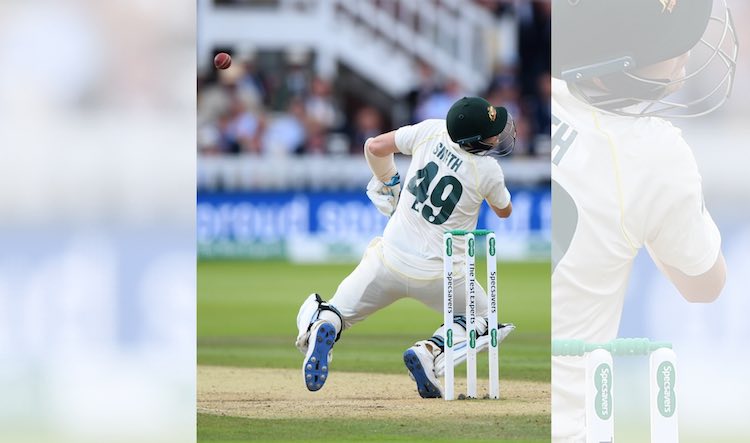 London, Aug 17 - A rocket Jofra Archer bouncer clattered Steve Smith down flat on his face, cutting short a masterclass knock as the ace batsman was forced to retire after lunch on Day 4 of the rain-affected second Ashes Test at Lord's on Saturday.

Smith was batting on 80 from 152 balls when in the 77th over a delivery by Archer hit him on the unprotected part of the neck. The medics ran into the middle from both sides, as the England players rushed to the former Aussie skipper immediately.

As Smith lay on his back before slowly getting back on his feet, he looked dazed. The medics forced him to leave the field with Australia at 203/6, still some way behind England's first innings score of 258.

Smith walked out to loud applause after helping his side out of a hole as he did in the first Test. Earlier at lunch, Smith had chiselled England's lead down to 103, guiding Australia to 155/5. Smith was batting on 53 off 122 balls (4x6), his seventh consecutive Ashes half-century, with skipper Tim Paine giving him company on 21 (63 balls).

In the first Test, which Australia won by 251 runs, Smith notched up centuries in each innings to put up a masterclass display of five-day batting in a completely unorthodox fashion.