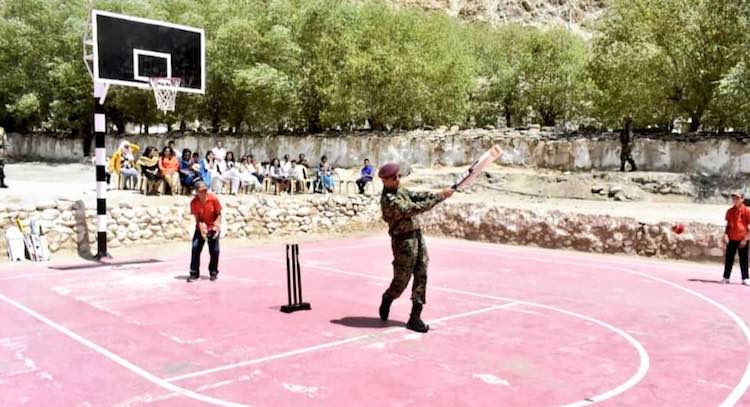 Leh, Aug 17 - Former India captain M.S. Dhoni has completed his two-week stint with the Territorial Army in Jammu and Kashmir. A picture of him playing cricket with kids in a basketball court on a cemented pitch has been going viral on social media.

In the picture, Dhoni is seen hitting the ball. According to reports, Dhoni has also promised to open a cricket academy in Ladakh.

The 38-year-old had taken a two-month break from active cricket, after India was edged out of the World Cup following a loss to New Zealand in the semi-final, to serve his regiment in the Kashmir Valley.

Dhoni had joined the Territorial Army -- 106 TA Battalion (Para) in Jammu and Kashmir on July 30 and had trained with the battalion over the last two weeks.