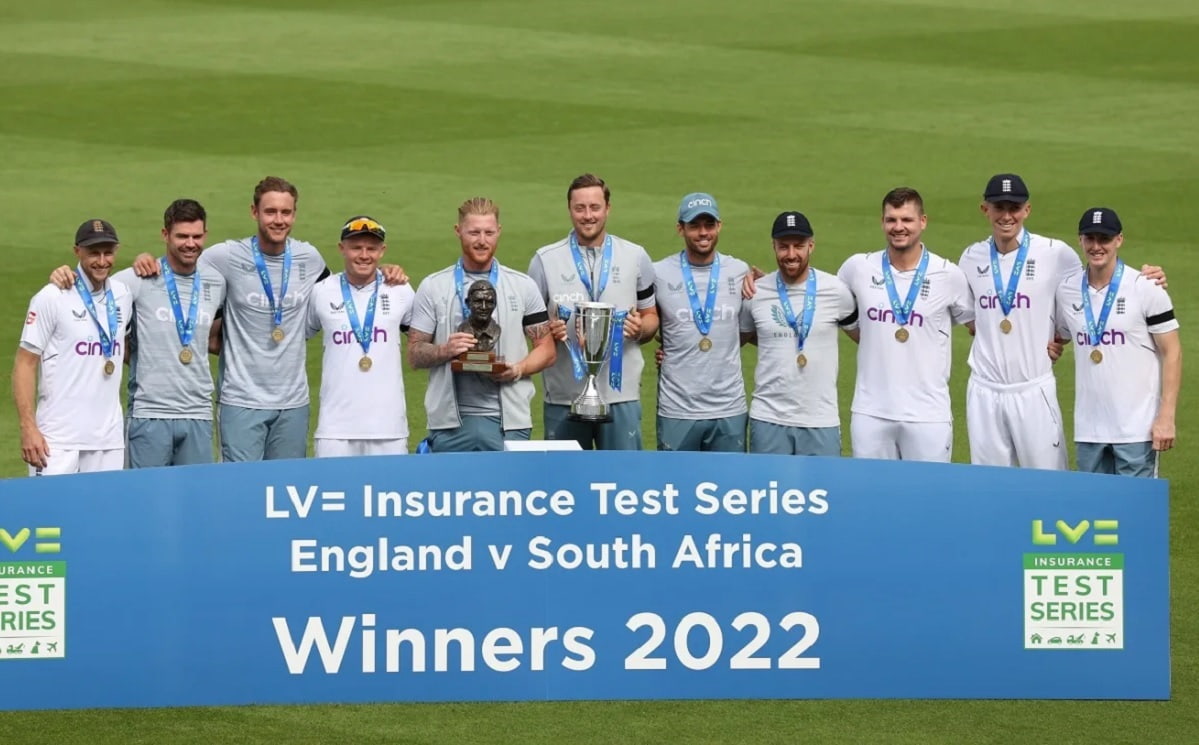 WTC Points Table: England continued their superb form in the home tests, defeating South Africa in the 3rd test by 9 wickets, clinching the series 2-1. This is England's 6th win in 7 tests this season under the new leadership of Ben Stokes and Brendon McCullum.

After the first day, the third day was washed out due to rain and play was abandoned on the second day due to Queen Elizabeth II's demise. After opting to bowl first, England bowled out South Africa on 118 as Robinson picked up 5 wickets while Stuart Broad picked up 4 wickets.

England were all out for 158 runs with a lead of 40 runs with Ollie Pope (67) being the top scorer for his team. Marco Jansen picked up a 5-fer for the Proteas while Kagiso Rabada picked up 4 wickets. In the second innings, Broad and Ben Stokes grabbed three wickets each while James Anderson and Ollie Robinson registered 2 scalps each to bowl out South Africa for 169.

The hosts came out to bat to chase a target of 130, and Zak Crawley scored an unbeaten 69 runs off just 57 balls as England won the decider test on the final day and clinched the 3-match series 2-1.

With this defeat, South Africa are still placed second but now with a PCT of 60.00, uncomfortably close to third-placed Sri Lanka (53.33), fourth-placed India (52.08) and fifth-placed Pakistan (51.85). South Africa now have only one test series of 3 matches left to play in this cycle of WTC, against current table toppers Australia in Australia, so South Africa have an arduous task cut out for them to reach the WTC finals despite being at the #2 spot.