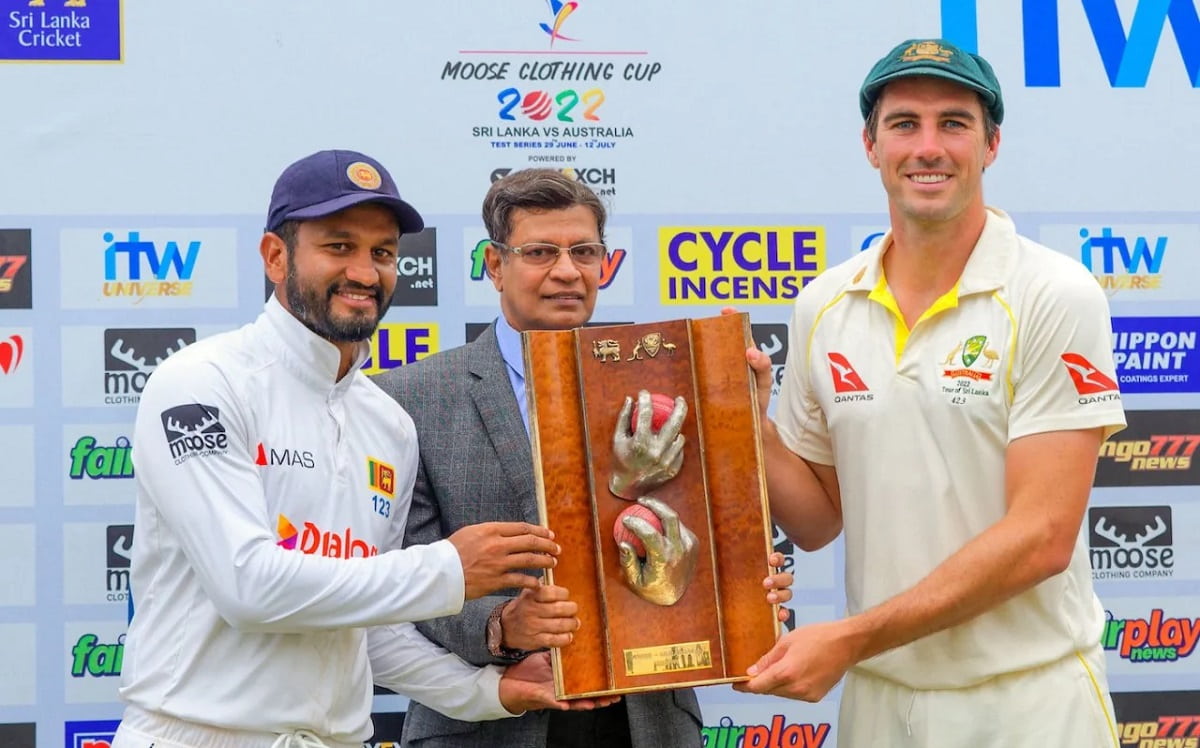 World Test Championship: Sri Lanka, after suffering a 10-wicket defeat in the first test, bounced back as they thrashed Australia by an innings and 39 runs to win the second test and share the test series trophy.

Debutant Prabath Jayasuriya was the star with the ball as he picked up a total of 12 wickets in the test match to dismantle Australian batting. After opting to bat first, Australia were able to post 364/10 in the first innings with Marnus Labuschagne (104) scoring his first away century while Steve Smith (145*) ended his long century drought. Lankan spinner Prabath Jayasuriya picked up 6 wickets in the first innings.

In reply, Dinesh Chandimal notched up his maiden double century in test cricket while 4 other batters contributed with half-centuries to take Sri Lanka to a mammoth 554 in the first innings, obtaining a lead of 190 runs.

Australia came out to bat in their second innings on day 4 and were bowled out for 151 in just 41 overs, losing the match by an innings and 31 runs. Prabath Jayasuriya again picked up 6 wickets and was adjudged the 'player of the match' on his debut.

On the other hand, Australia's defeat has put South Africa on the top of the points table with a PCT % of 71.43. Australia have faced their first defeat in this cycle of WTC and have slipped to the second spot with a pct of 70.00.