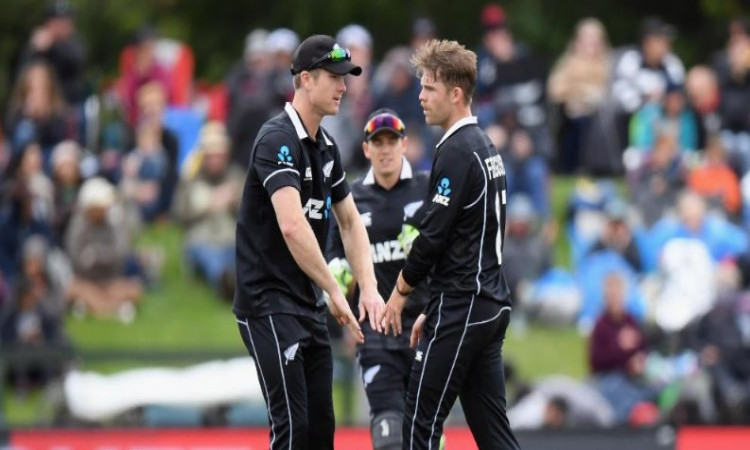 “We know how talented Afghanistan are and I know it first-hand from guys I’ve played with. They’re very savvy, very cagey in how they operate and so it was a really good performance from us.

“Those two guys [Ferguson and Neesham] have been crucial in very different roles for us. We’ve seen examples of both thriving in last three games.

“When Jimmy is bowling well, he can get good pace out of the surface. They complement each other along with the other bowlers in the attack.”

Against Bangladesh last time out, New Zealand were cruising in their chase of 245 but a middle-order collapse ensured some late-night drama before a nervy two-wicket triumph.

Losing Martin Guptill to the first ball of the innings against Afghanistan could have sparked similar events but Williamson’s unbeaten 79 and Ross Taylor’s 48 paced a much more comfortable seven-wicket victory.

“The nature of having chased three times means that it’s been a little bit different each time and we’ve had to adapt to chase the total down clinically each time,” added Williamson.

“This game was an improvement on the last game, which is main thing. Every day you turn up, you have different opposition at a different ground – it’s about adapting to what is in front of you.

“It was nice to build a couple of partnerships – that’s important when you’re chasing. With the three mid-level totals we’ve been chasing, you want to get a bit of stability going into later overs.

“It’s nice to have early wins but it’s about doing the job at hand. The team have put in some strong performances but it’s important to move on and get ready for next challenge.”