Will Trent Boult be used as a pinch-hitter for New Zealand in the ongoing T20 World Cup? 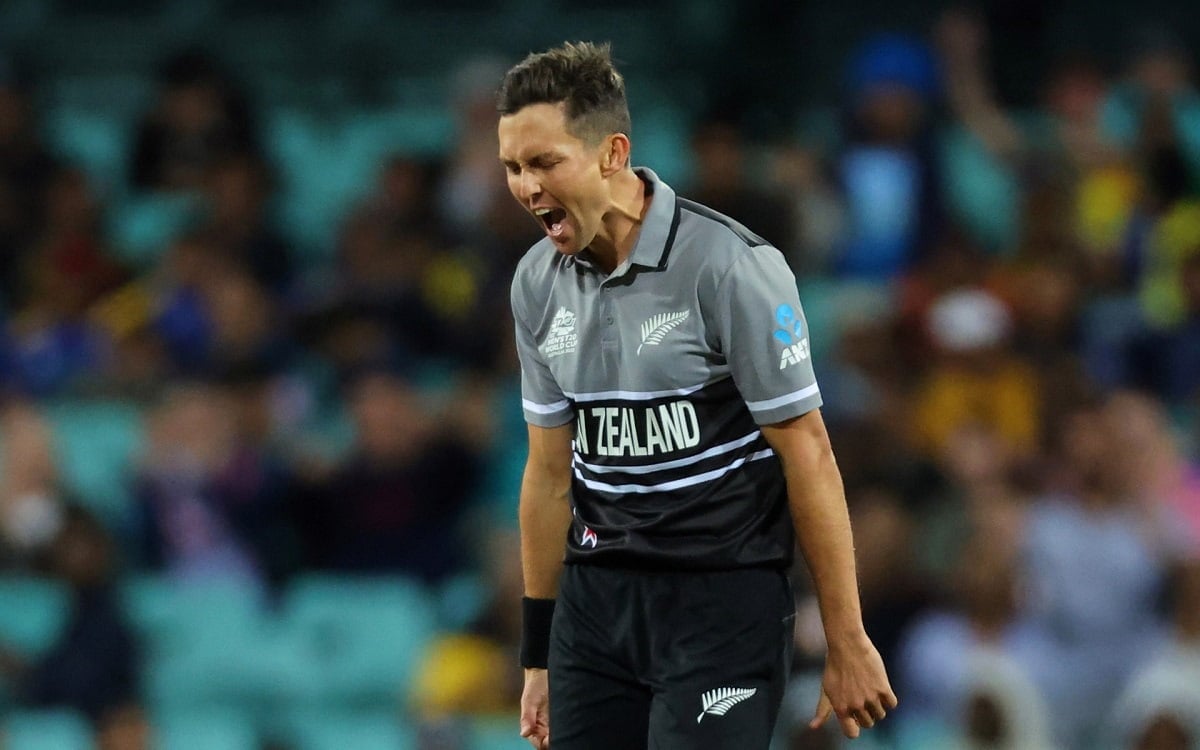 New Zealand cricketer Glenn Phillips has quashed speculation that pace bowler Trent Boult could be used as a pinch-hitter during the team's ongoing campaign in the ICC T20 World Cup here, saying the Rajasthan Royals experiment is unlikely to be repeated in the national side.

New Zealand defeated Sri Lanka by 65 runs in a Super 12 Group 1 match at the Sydney Cricket Ground (SCG) on Saturday with Boult returning superb bowling figures of 4-0-13-4, while Glenn Phillips smashed a century as the Black Caps earned two points and currently lead the table with five points from three games.


T20 World Cup: When Bangladesh Had To Replay The Final Delivery Against Zimbabwe

Boult has recently been seen in practice sessions improving his pinch-hitting skills, prompting questions in the post-match press conference whether the pace bowler could be pushed in that role for the country.

However, Phillips said there was no such plan. "I know he did it for Rajasthan (Royals in IPL) a little bit, but I don't think he would actually enjoy that as much as you think he does. He very much enjoys the nets. My goodness, he's great fun to watch. And even when he comes out in the game, it's absolutely brilliant. But I don't think with the line-up we've got, we'll see him pinch hitting any time soon," said Phillips.

On his four-wicket haul in the match which left Sri Lanka in a shambles, Phillips said, Boult said he brings a lot of skill and energy to the team.

"He brings a phenomenal amount of energy, I'd tell you that. His bowling skills have come so far. The experience and the years that he's played, whether it's at the IPL or for international levels and anywhere around the world. He brings so much skill, so much temperament. He seems to know what the bat is going to do before he's even bowled it. He's got so many deliveries under his belt that, when they all come together and things go right, things like 4 for 13 happen. It's great to see.

"And he leads our seam attack, both him and (Tim) Southee lead it with -- it's pretty hard to find two guys that work well together like they do. Obviously we've got Lockie (Ferguson) as a bit of fire power there as well," added Phillips.