West Indies right-arm fast bowler Shannon Gabriel took two crucial wickets on his return to Test cricket, but South Africa battled back thanks to half-centuries from skipper Dean Elgar (77) and wicketkeeper-batsman Quinton de Kock (59 not out) to close Day 1 of the second Test on 218/5 on Friday. 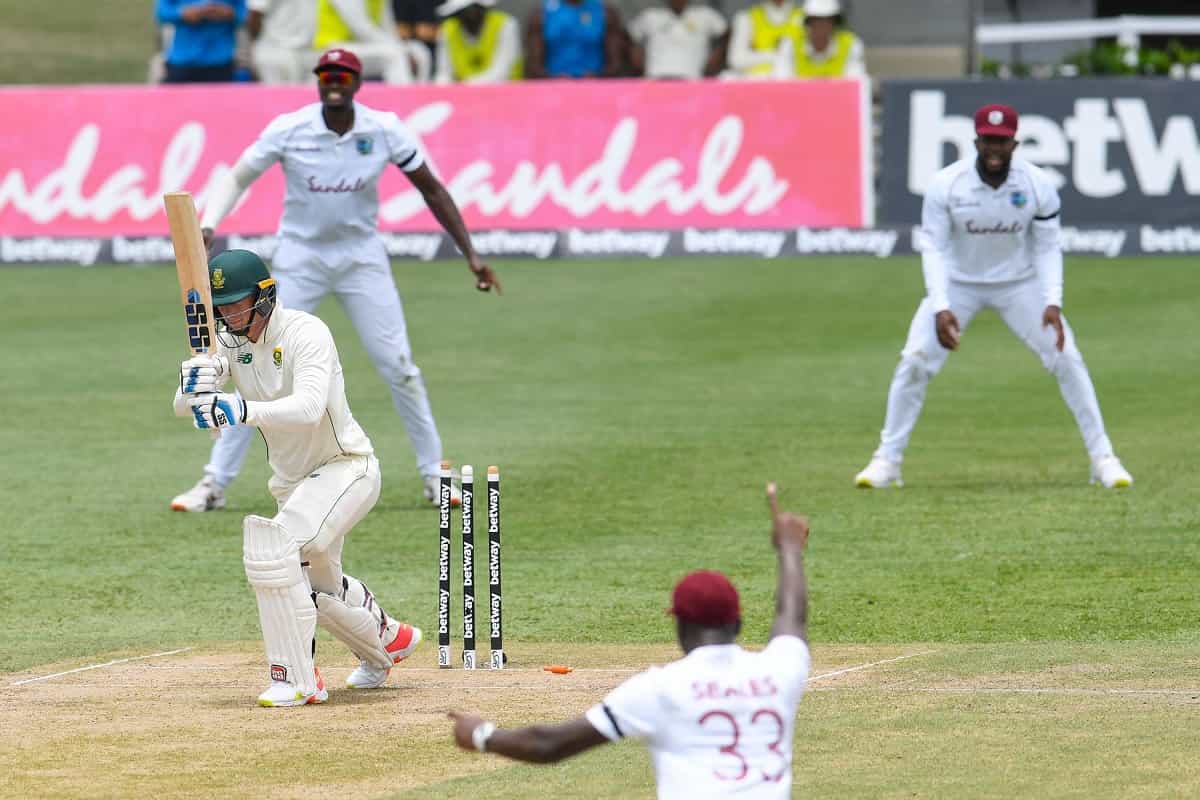 Gabriel struck in his first over -- the second of the day - to get rid of opener Aiden Markram (0), and again just before the tea break ended a crucial partnership when he had Kyle Verreynne (27) to push for equalising the series after the Proteas won the opening Test.

The strongly-built Gabriel ended the day with 2/47 off 12 overs, while the dogged Elgar made 77 off 237 balls with eight fours. The free-scoring de Kock closed the day unbeaten on 59 off 103 balls with five boundaries.

Gabriel started the day in spectacular fashion to give the hosts early success when Markram slashed the ninth ball of the morning and was caught by Roston Chase at point. Elgar put on an 87-run stand with Verreynne (27) but Gabriel got the wicket just before the afternoon interval when the South African was caught down the leg-side by Joshua Da Silva.

Gabriel and fellow pacers Kemar Roach and Jayden Seales made early inroads in the first session, while medium-pacer Kyle Mayers picked up the key wicket of Elgar late in the day.

Keegan Petersen edged to Jason Holder at second slip off Seales, and Rassie van der Dussen left a delivery from Roach which jagged back and into his stumps.