West Indies start a two-Test contest against South Africa on Thursday with the home side believing they have their best chance in 30 years of overcoming the unsettled visitors in a series at the Daren Sammy Cricket Ground in St Lucia. 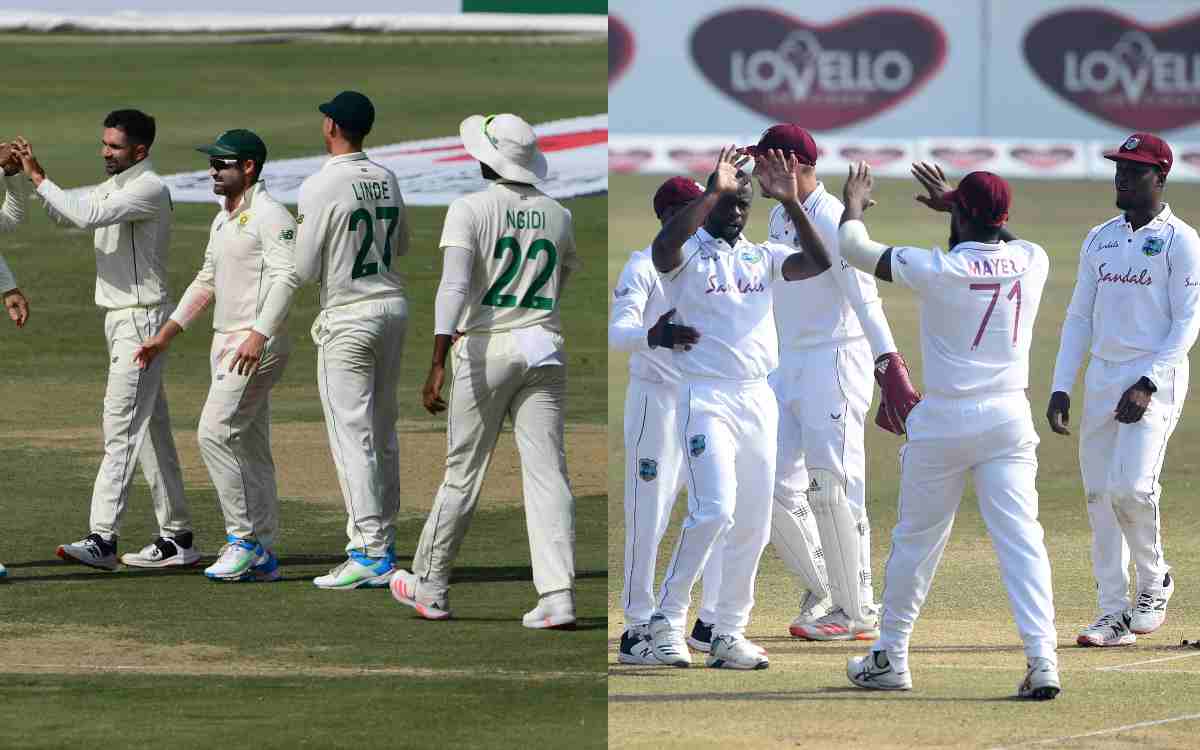 Kraigg Brathwaite's team are unbeaten in their last four Tests – a 2-0 triumph in Bangladesh and drawn matches at home to Sri Lanka.

They go into the campaign ranked just ahead of a Proteas team reeling from successive heavy defeats in two Tests in Pakistan.

They also have senior opening batsman Dean Elgar installed as Test captain following the retirement of Faf du Plessis from the traditional format.

West Indies suffered a setback leading into the opening Test when their fastest bowler, Shannon Gabriel, was ruled out through injury.

It opens the prospect of 19-year-old pacer Jayden Seales making a Test debut although his lack of experience – he has played just one first-class match – could see the selectors opting for Alzarri Joseph.

Brathwaite, Joseph, and senior seamer Kemar Roach have all benefited from stints on the English county circuit following the end of the Sri Lanka series.

It remains to be seen if the West Indies captain will have Kieran Powell or Shai Hope as his partner at the top of the batting order.

Hope signaled his readiness for a return to the Test fold with a half-century followed by a hundred in the four-day intra-squad warm-up match at the Test venue.

However, Powell, who scored a second-innings 95 in setting up his team's victory in that encounter, offers the variation of a left-hander in his own quest for a Test comeback.

South Africa, who are playing their first Test series in the Caribbean since 2010, look set to give Keegan Petersen a debut in the middle-order as a straight replacement for the departed du Plessis.

Their batting will rely heavily on the experience of Elgar and Aiden Markram at the top of the order with wicketkeeper-batsman Quinton de Kock and Temba Bavuma being counted on to also produce runs.

Both sides acknowledge that bowling is their strong suit going into the series.

South African hopes for effective firepower will rest heavily on the shoulders of Kagiso Rabada with support from Anrich Nortje and Lungi Ngidi.

South Africa's expectation of slower pitches than for their previous visits suggests though that they will keep their options open as far as additional spinning support for experienced orthodox left-armer Keshav Maharaj.

"It would be great for this team to get in the habit of eking out Test match victories," said West Indies head coach Phil Simmons in looking ahead to the series.

A member of the side who pulled off a sensational come-from-behind victory in the first-ever Test encounter between the two teams in Barbados in 1992, he doesn't read much into his team being ranked one spot ahead of the seventh-placed South Africans.

"Obviously we would like to get closer to number one, but we just want to keep playing our best cricket and let the ranking take care of itself," he explained.

For Charl Langeveldt, South Africa's bowling coach, preparation is key for the tourists to emerge from the trough.

"It's also encouraging for our faster bowlers to see the amount of assistance they are getting in these humid conditions with the Dukes ball, when we would have played with the Kookaburra brand on previous tours of the West Indies," he said.

Following the two Tests, the teams will meet in a five-match T20 International series in neighbouring Grenada as the countdown to the World T20 later this year intensifies.