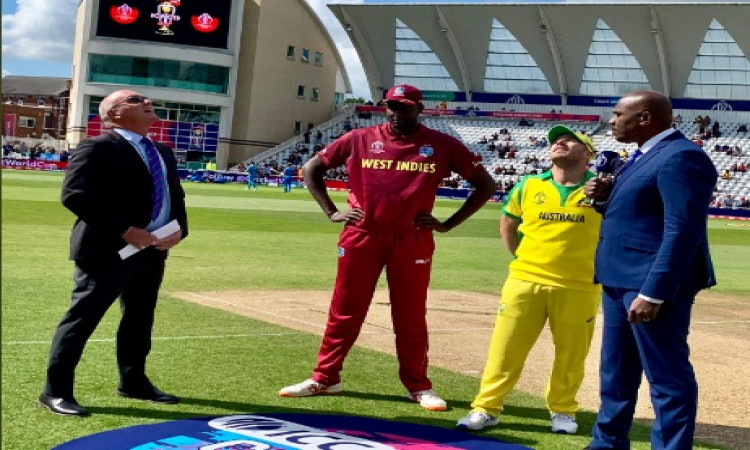 June 6 (CRICKETNMORE) West Indies skipper Jason Holder won the toss against Australia and asked them to bat first at Trent Bridge on Thursday. Windies make one change while Australia go in unchanged.

At the toss, Jason Holder: We will field first. It is a good wicket and we are hoping for some early wickets. We want to be disciplined in both the departments. We have made one change in our team, Evin Lewis comes in and Darren Bravo misses out.

Aaron Finch: I wanted to bat first on this wicket. Teams have totally changed so history doesn't matter much. We are playing with the same side.

Pitch report by Michael Holding: The conditions are nice, it is bright and sunny. There is a little bit of grass but there is no tinge of green. It is a used pitch but cracks have not opened up. It looks a belter, good luck to the bowlers.