West Indies are looking to add a bit of activism to their anti-racism stand on the field even as they look to continue with 'taking the knee' during the Test series against South Africa that begins here on Thursday. 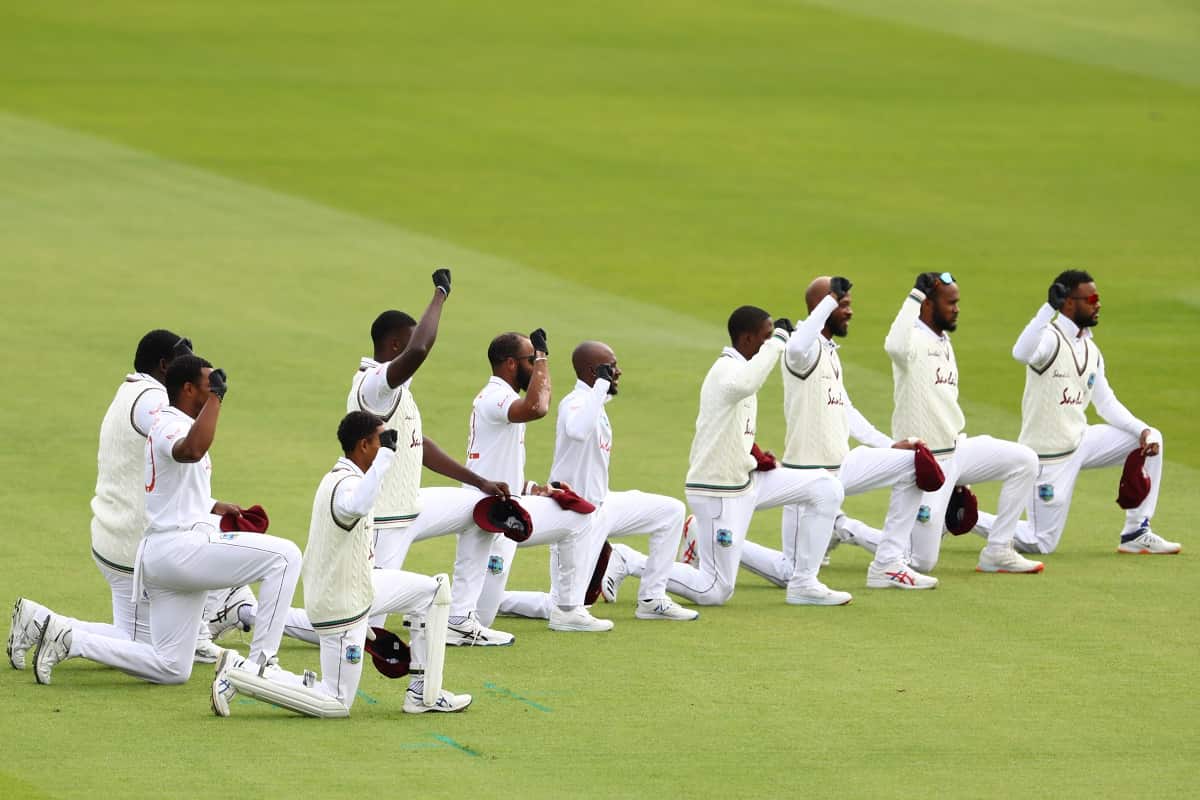 Former captain Jason Holder, who has been vocal and has backed the 'Black Lives Matter' movement, said they are looking to add substance and meaning to the gesture instead of letting it turn into only a ritual.

"I had a few discussions about it and I feel as though some people feel it is now a watered-down action taken before the games. I would like to see some new initiative to spark the movement again," Holder said ahead of the first Test that will begin at 7.30 pm India time.

"Maybe, that is something we can do as a group. Maybe a video collage and a video message, just to reiterate what the movement stands for and what it is all about," he told espncricinfo.com.

Opponents Proteas, who have in the past chosen to wear black armbands and raising fists -- black power salute -- instead of taking the knee, have said that they are leaving it to individuals to decide on what they want to do as a gesture.

"We had a meeting with West Indies cricket yesterday -- myself, Kraigg Braithwaite and the two team managers. Ultimately, what happened is that we approached them to give them our version of going forward with regards to their campaign and us supporting the campaign. We have given the players their right to perform whichever act or gesture they want," said South Africa Test skipper Dean Elgar.

"If players are comfortable with taking a knee, they may. If a player wants to do the previous gesture that we had, of raising your right fist, they are entitled to do that. If they are not comfortable just yet, they have got to stand to attention so we can respect the campaign," added Elgar.