We were outplayed, admits Aaron Finch after India drubbing 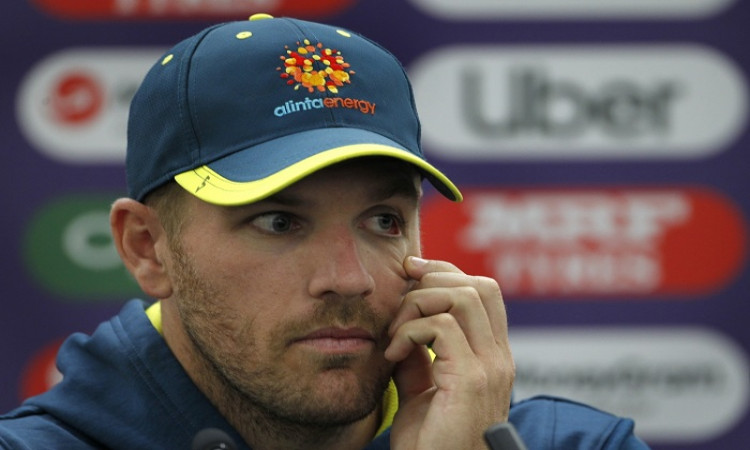 London, June 10 (CRICKETNMORE) Skipper Aaron Finch has admitted Australia were outplayed by India in their World Cup fixture which they lost by 36-runs at the Kennington Oval.

On Sunday, India made optimum use of the advantage of winning the toss as they posted the highest total set by any opposition against Australia in the World Cup. Shikhar Dhawan (117), Virat Kohli (82), Rohit Sharma (57) and Hardik Pandya (48) played brilliant knocks and helped India post a gigantic total of 352/5 in their quota of 50 overs.

The Men in Blue were equally impressive with the ball as they kept on chipping wickets at crucial junctures of the game and made sure Australia never got ahead in their run chase. The defending champions were eventually bundled out for 316 on the last ball of their inning, thus suffering their first loss in the ongoing World Cup.

"Just one of those games (where) they outplayed us. You look at everything (when asked if he'd change the combination). You assess the conditions; you look for different combinations and different balances over time," Finch said at the post-match presentation ceremony.

He also admitted that they gave too many runs towards the end of the innings and that was one of the main factors why they ended up being on the losing side. "They got 120 off the last 10 overs, which is a lot. We didn't bowl well. With so much batting to come, makes it tough to stop," Finch said.

"There wasn't huge amount on offer (help for the bowlers). We could have been straighter, dried up (runs) a little bit at times. They (India) bat very deep, you want to go for wickets," he added.

During Australia's run chase, both David Warner and Steven Smith scored half centuries. However, they were made at steady pace and both the batters fell at moments when Australia could think about launching.

Warner's innings, in fact, could even be said to be slow -- by the standards of the chase and certainly in the context of the kinds of innings he can produce. He made a 84-ball 56 following a 114-ball 89 not out against Afghanistan.

"They bowled well to him (Warner). The wicket was a touch slow when we started to bat. He's (Warner) a great batsman; he's a world-class player and he'll bounce back," Finch said while praising Indian bowlers.

Australia, have two wins from three games and will face Pakistan in their next World Cup fixture on Wednesday.