'We Support Ajinkya Rahane & Everyone In The Squad'; Virat Kohli Backs Including Players With Good 'Past'

India Test and ODI captain Virat Kohli on Monday came out in support of his out-of-form Test deputy Ajinkya Rahane, saying he will back all players struggling for form as he doesn't want an environment where players feel insecure. 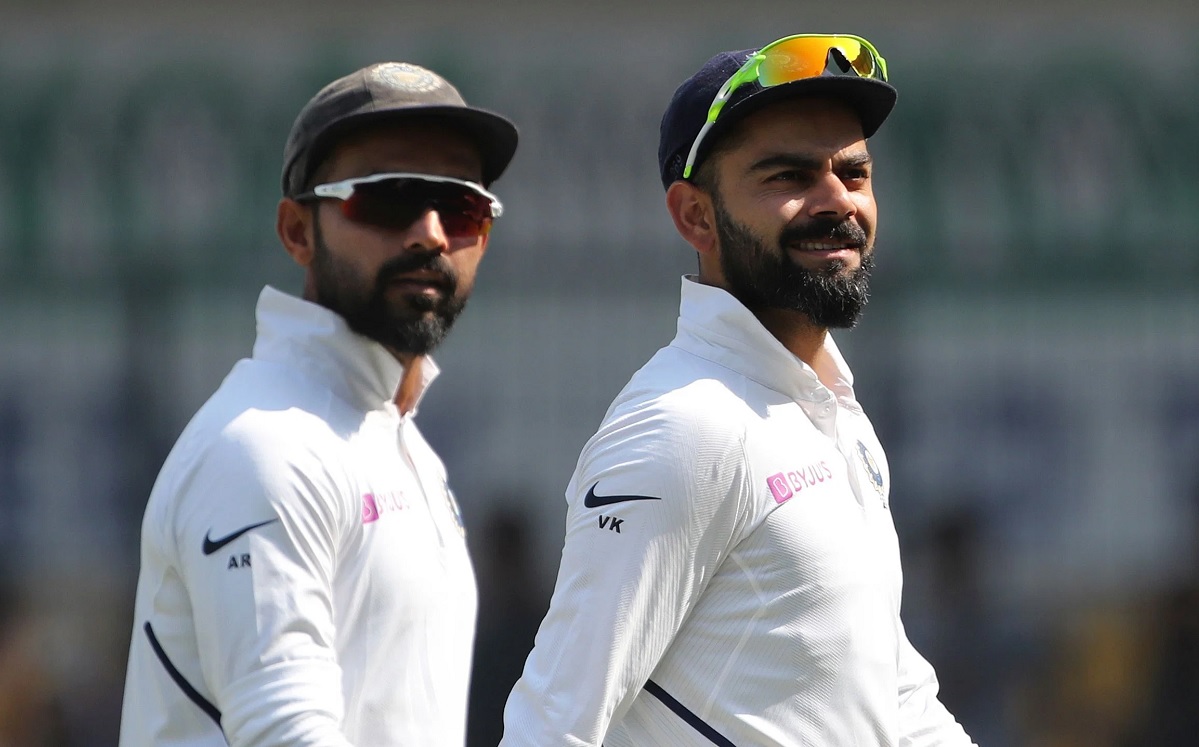 Rahane has not been in great form, his last ton coming in the Boxing Day Test against Australia in 2020. He could not score much in the Kanpur Test, even as Shreyas Iyer struck a century on debut, and missed the Mumbai Test with a hamstring injury. That leaves his fate hanging in a balance as the selectors pick the squad for the tour of South Africa starting later this month.


Efforts Were Made To Ensure Perth Test, But It Wasn't Possible; Clarifies CA CEO

Kohli said Rahane will have to judge his own form but he will back him as he would do for any other player going through such a situation.

"I can't judge his form. No one can judge it. Only the individual knows what he's going through. We need to back them in these moments, especially when they have done well in the past. We don't have this environment where we have our players asking 'what happens now?' That's not how we do it in the side," Kohli said in the post-match press conference.

"We don't react to criticisms or praise, whatever happens outside doesn't affect us. We as players know what happens in the team and in our heads. There's a lot going on outside and we can't let those things affect the way we play. We support everybody in the side, Ajinkya or anyone. We don't take decisions based on what happens outside," Kohli added.

The skipper himself has not been in great form. He has not scored a Test century for more than two years, his last three-figure knock coming in November 2019 in the pink-ball Test against Bangladesh at Eden Gardens. He could manage scores of 0 and 36 in two innings at the Wankhede.

Kohli said the year has been good for the team barring the two setbacks -- in the T20 World Cup and the World Test Championship final.

"The year has been very good for us, we have played very good cricket. There were two setbacks in the T20 World Cup and World Test Championship. Victories in England and in Australia gave us a lot of confidence. See, the Indian team is expected to win everything but that's not realistic, we know what we need to work on and improve on and look forward to. That's our process. We have set a high standard for Indian cricket and that needs to be maintained. That's what we have to have in the forefront of our minds," he said.

Kohli praised Mayank Agarwal for his brilliant batting in the Mumbai Test.

"Great application from him. To play at this level for such a long time, you need to have a lot of character, and he has plenty of that. He has always played at a high level. It's not just about riding the wave and playing on, it's about evolution and he has constantly done that. Also, a performance like this will build character and help him going forward, not only as a batsman but also as a person. He's definitely an asset and he has fantastic character. These innings will give him a lot of confidence," he added.

Kohli said pacer Mohammed Siraj had evolved well and gets his points for the effort that he puts in.

"He has come a long way. He has a lot of skill and talent. The way he bowls and puts effort, you think he's going to pick up wickets, always. That's a special thing to have when the pitches are tough and wickets are not falling… he can bowl three-four tight overs and do something for us. He doesn't really bank on conditions, he has a lot of skill and he banks on that instead. He can make important breakthroughs. See, even at Lord's, when the ball stopped swinging, he was making the ball move and gave us some crucial breakthroughs. He's in the best headspace as a bowler. Now, it's about staying there and staying fit."

Asked how a player should tackle slump in form, Kohli said working hard and trusting the process is the key to recovering the touch.

"We stick to the process but if the mode of dismissal is repetitive then there's something we need to address. See, it's about playing 60-70 balls to get a feel for it. Sometimes these things happen naturally and sometimes they don't, but the only constant is that you work hard and trust the process. That shouldn't waver because that comes from personal experience and that's where you can go when nothing is going right.

"You have to keep an eye on evolving and weed out repetitive mistakes, those need to be ironed out. You have to understand and believe that you can overcome these slumps. That's the battle, the believing."

He said Indian cricket looks in safe hands with so many youngsters playing Test cricket.

"To play Test cricket you need passion and intent. Indian cricket is in safe hands when you have so many people who have that. People are hungry to play Tests well. It's nice to see youngsters want to feel what it is to play Tests. That's how they understand why it's called the toughest format, most respectful format. They want to do well in India and outside. That attitude is what is going to help us do better going ahead," he added.