We pushed India but ran out of time: Bangladesh coach Steve Rhodes

Birmingham, July 3 (CRICKETNMORE) Even though Bangladesh's roar has finally been silenced at the ongoing World Cup, head coach Steve Rhodes was seen satisfied with his team's performance as they made India work hard to earn the win on Tuesday. 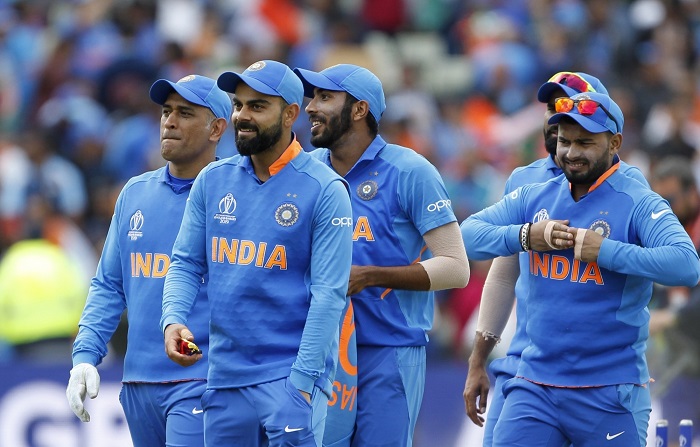 In what was a must-win game for Bangladesh, the Tigers went down to India by 28 runs at Edgbaston, a result which leaves them three points off fourth-placed England and mathematically out of the knockout picture heading into the semifinals.

"There are a lot of disappointed players in the dressing room. In fact everyone, including the members of staff, are gutted. We were desperate to do well and take it further.

"We played a good team -- the number one ranked ODI side in the world. We pushed them but just ran out of time. You need to get out of the block fast against India and we were playing catch-up."

Batting first, India made a rapid start as Rohit Sharma and K.L. Rahul put on 180 for the first wicket, the highest opening stand in the tournament so far.

Rahul was dismissed for 77 but Sharma went on to make his fourth century of the World Cup -- equalling Kumar Sangakkara's record from 2015 -- as India made 314/9.

Bangladesh struggled to build a partnership in reply, with Shakib al Hasan, 66, the only player in the top seven to make a significant score.

But a healthy run-rate kept them in it, despite the regular loss of wickets, and a quick-fire 51 not out from Mohammad Saifuddin set up a thrilling finale -- only for Jasprit Bumrah to take two wickets at the death and see India home.

"I thought we did fantastically well after that blitz by Rohit," added Rhodes.

"We showed spirit to come back but if we had just started better. To beat India, you need to be at your best all the time but we were not in the first hour of the match.

"We have only picked up three wins but we have pushed all of the big teams. With some luck, we could have beaten all the top four."

Bangladesh may be free to book a flight home but they will still play crucial role in who contests the semi-finals.

On Friday, they tackle Pakistan at Lord's, a side who need to win to stand any chance of making the knockouts.

"We beat them in the Asia Cup and they will want revenge for that. We have shown we can play well against them, although they have come into form now. We want to leave with a win, not a defeat. We are desperate to win."