WC 2019: We are back to being the team we were,says Eoin Morgan 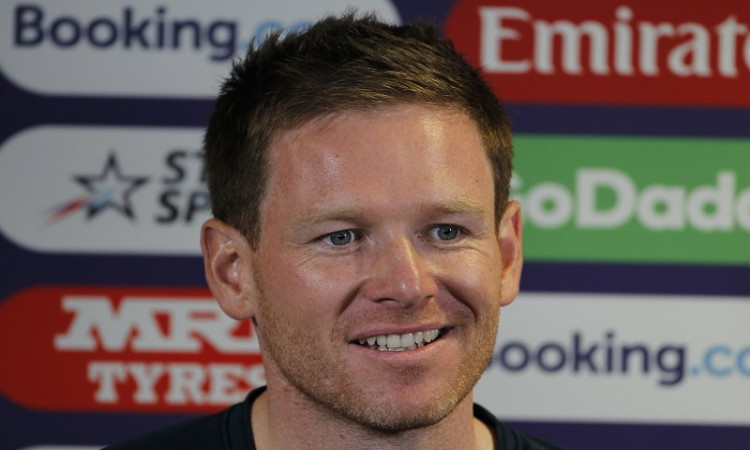 Birmingham, July 10 (CRICKETNMORE):  They lost their way in the middle during the group stages, but got their act together and made it to the semi-finals, which makes skipper Eoin Morgan believe that England are back to being the side they were in the last few years as they get ready to take on Australia in the second semi-final here on Thursday.

Pre-tournament favourites England started the competition with a bang, winning three games on the bounce after losing to Pakistan in their second game. But a shock 20-run defeat to Sri Lanka saw them lose their momentum as they went on to lose to the Aussies also by 64 runs.

But victories over fellow favourites India and New Zealand helped them make the semis.

"We are probably a different team that played four games ago and three games ago," Morgan said at the pre-match press conference.

"I think the loss against Sri Lanka hurt us. It was an overhang into the Lord's game and then when we came here we managed to produce something similar to the cricket we have been playing over the last four years and that was really encouraging. We went to Durham to put in a better performance and improved again and tomorrow we will look to do the same," he said.

"I think we are obviously thankful that we are still in the tournament and that wasn't the last two games of the group stage to go through. But it just feels like we are back to the team that we are, yeah."

Morgan stressed on the fact that England were, at one stage, staring down the barrel with the threat of elimination looming large. He said that has got the players more excited about the semi-final.

"Everybody is excited and has been the last couple of days to play this game. It's the semi-final of a World Cup.

"I think the fact that throughout the group stages for a while getting through to this stage looked unlikely, or was called into question. I think that makes it more exciting for us."

Asked about the Aussies fielding Peter Handscomb and also Mathew Wade likely to get a look in, Morgan said they are preparing for the entire squad of 15 and won't be targeting anyone in particular.

"No, we tend not to target individuals unless somebody is having a really bad day on the day. We tend to target the team as a whole and particularly a side as strong as Australia. I don't think you can find any one particular weakness a day out and say tomorrow we are going to predict this is going to happen because the majority of the time you get it wrong."

Morgan also spoke on the pressure of expectation playing in front of their home crowd with a first World Cup title in sight.

"The support we have had throughout the tournament has been unbelievable and certainly something I have never experienced in my life. The amount of good faith and goodwill going around is fantastic, so we sense the support that's with us, but also the opportunity as well."

The skipper heaped praise on pacer Chris Woakes, who has ten wickets to his name so far and took a brilliant catch against India.

On the Edgbaston crowd, Morgan said it will play to their advantage, attributing the support as a reason for their success here.

"I think that is part and parcel of being the hosts, a little bit of home advantage. I think it plays a part here at Edgbaston. There is a reason we do have a lot of success here. The wicket tends to suit us but also the support as well."