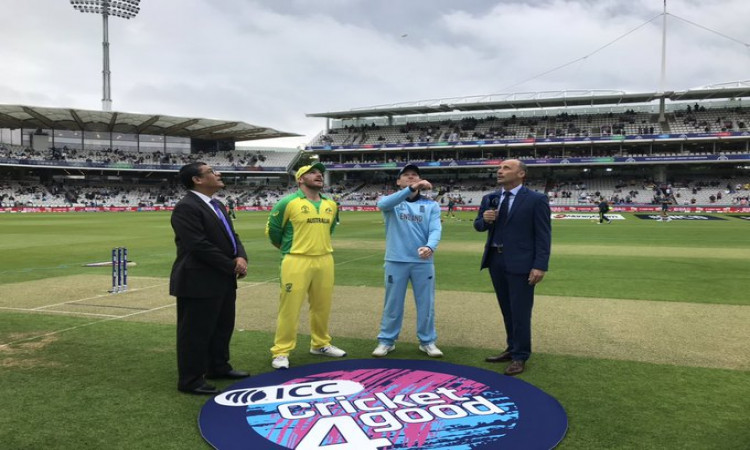 London, June 25 (CRICKETNMORE):  England captain Eoin Morgan won the toss and elected to field against Australia in their crucial World Cup fixture at the Lord's on Tuesday. England have gone with the same team that featured against Sri Lanka in their last game.

Australia, on the other hand, have made two changes to their playing XI that played against Bangladesh. The defending champions have included Jason Behrendorff and Nathan Lyon in place of Nathan Coulter-Nile and Adam Zampa.

"We are going to bowl. No-brainer, it's a bit soft on the top, it rained overnight and the wicket was under covers. Hopefully, the sun will come out later and make batting easy. We are playing the same XI. Jofra (Archer) had a slight side issue and we had a precautionary fitness test. We are confident, we have had some success against Australia recently and think we have a good side," Eoin Morgan said after winning the toss.

Australia skipper Aaron Finch said: "Not too disappointed about batting first. I wasn't too sure about the wicket, but I would have probably bowled first as well. Two changes for us -- Nathan Lyon and Jason Behrendorff in, they replace Adam Zampa and Nathan Coulter-Nile. We aren't really bothered about how the crowd reacts (to Smith and Warner). Every game is crucial and we can't take any game lightly."