Southampton, June 5 (CRICKETNMORE): Australia will field an unchanged XI against Windies in their second game of the ongoing World Cup to be played at Trent Bridge on Thursday with head coach Justin Langer suggesting they will resist the temptation of playing another spinner in the form of Nathon Lyon. 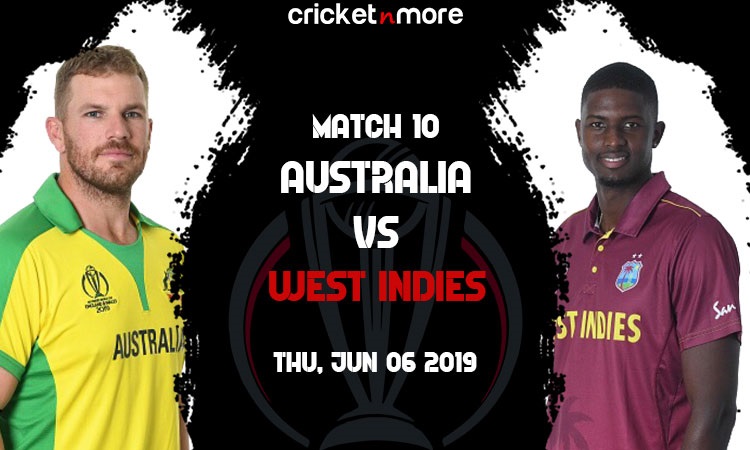 "I think we're going with the same team," cricket.com.au quoted Langer as saying. "We haven't had a look at the wicket yet, but my gut feeling is... the same XI."

The Australia head coach admitted they were tempted to recall Lyon in Nottingham given the number of left-handers in West Indies top order.

"There is (temptation to play Lyon) because there are the left handers. That said, we probably won't bowl two spinners here against the West Indies," Langer said.

"Every game there are thoughts about playing Nathan Lyon, but Adam Zampa is doing a really good job for us. Adam Zampa is a very good spinner. (Off-spinning all-rounder) Glenn Maxwell is bowling well, so hopefully we have some balance there.

"At some of the other grounds we might look to play two spinners where the matchups for the off-spinner will be more appropriate, but probably not here," he added.

The defending champions had a great start to their World Cup campaign as they defeated Afghanistan by seven wickets. On the other hand, Windies were also on top of their game against Pakistan, when they bowled them out for mere 105 and then chased down the target with ease.