Michael Neser's excellent catch in the BBL game between Brisbane Heat and Sydney Sixers has left the cricketing world divided in opinion. 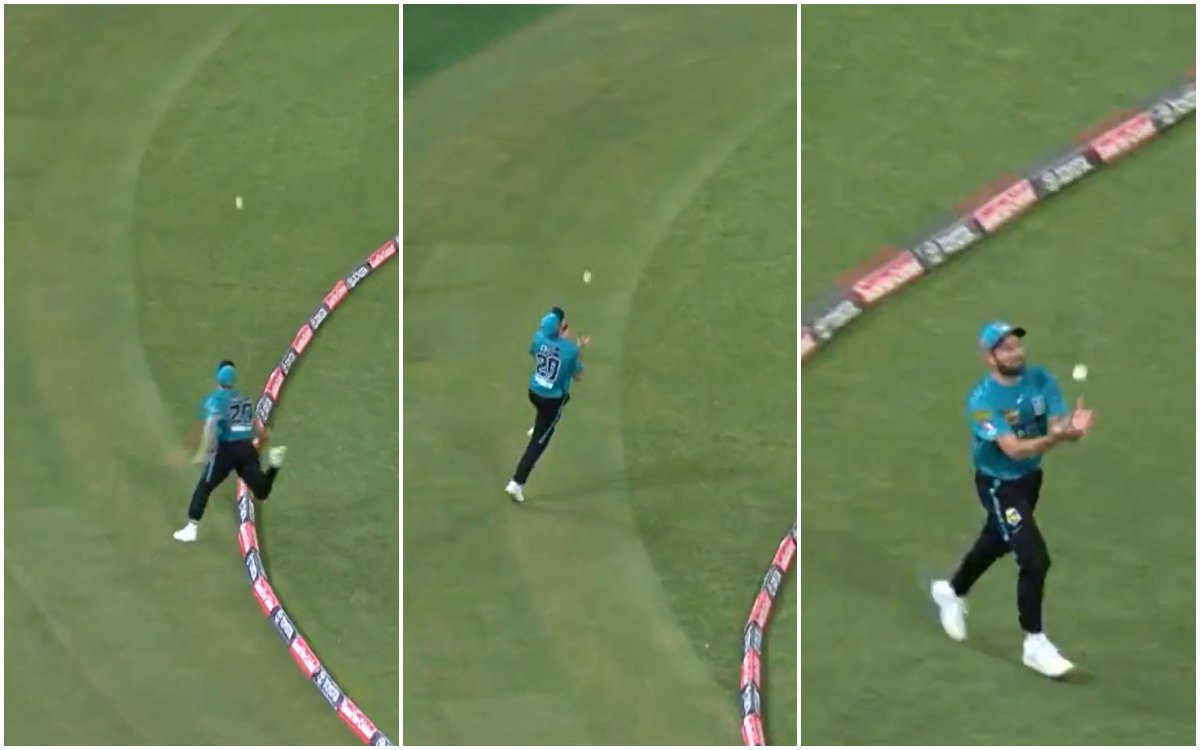 The ongoing season of the Big Bash League has produced some brilliant displays of fielding from various teams and players. Michael Neser has been having a good season with the ball, and his excellent catch in the game between Brisbane Heat and Sydney Sixers has left the cricketing world divided in opinion.


BBL: Six Or Out - The Catch That Had Everyone Talking (explainer)

Jordan Silk, batting at #5, held the crease for a while and was the joint-highest scorer for his team along with James Vince, scoring 41 runs. Silk was in good rhythm as he smacked 3 fours & 2 sixes to score these runs off 22 balls. In the 19th over, Sydney Sixers were at 199, looking for a big finish in the last couple of overs to chase down the target.

Mark Steketee was bowling the 19th over, where Silk went for a big shot on the 2nd delivery. Steketee bowled a full and wide outside off delivery, and Silk played it inside out to hit it towards extra cover. The fielder, Michael Neser, took the catch and went over the boundary rope and failed to flick the ball back into play. He went over the rope and jumped to keep the ball away from the ground, flicking it up while being in the air himself.

Time for you to help us end this debate #BBL12 #SonySportsNetwork pic.twitter.com/H03urgrlhf

Neser then jumped back inside the field of play and caught the ball safely. The decision was referred to the third umpire, who adjudged it 'Out'. The whole of the internet was divided, some saying this should have been six while the others were vouching for a dismissal. However, the MCC cleared the air, saying that it was indeed out as there are no laws applicable in this particular case which it would adjudge it not out.

While talking about the match, Brisbane Heat won the match by 15 runs after bowling out Sydney Sixers for 209 runs. While Neser picked up 3 wickets, Steketee, Matthew Kuhnemann and Ross Whiteley picked up 2 wickets each.