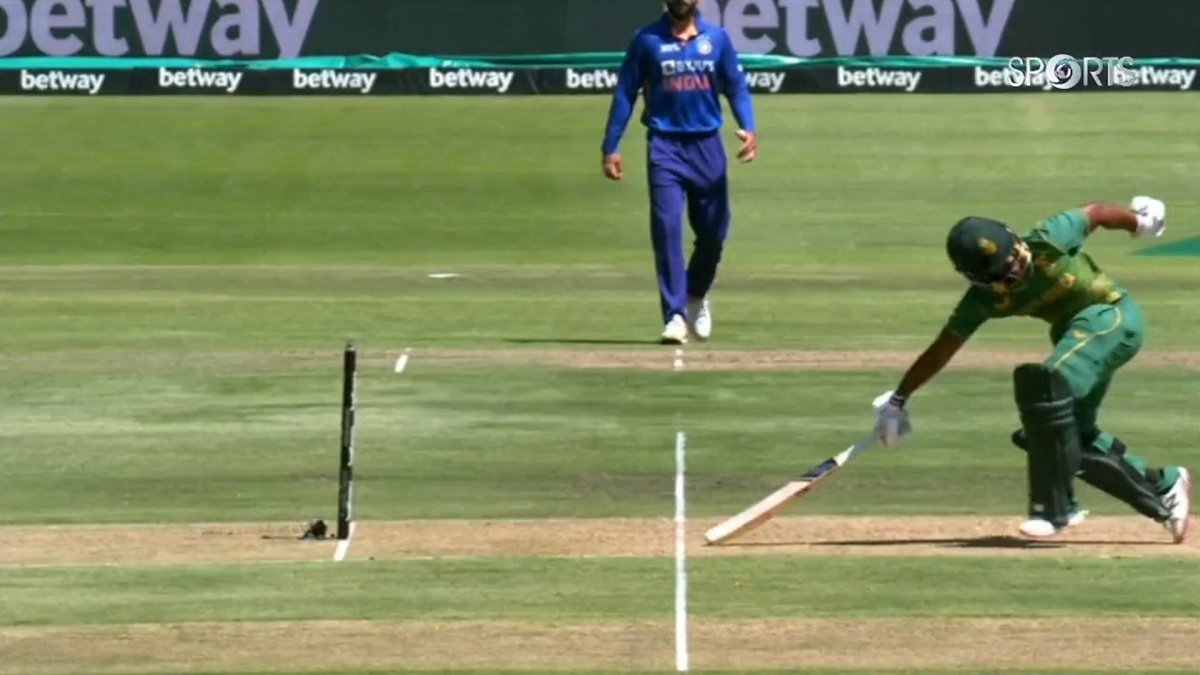 Temba Bavuma has had a brilliant series against India. Even during test matches, Bavuma was a well-earned wicket and in ODIs as well, he continued his form to give South Africa two wins and take an unassailable lead of 2-0 ahead of the 3rd and final ODI.

In the final ODI, Bavuma came in early after India managed to get a wicket in the powerplay. Once again the South African captain was looking in brilliant touch as he scored eight runs in 12 balls with a brilliant on-drive.

However, India finally managed to get him out early in the innings. It took a captain to get rid of the other captain as Bavuma got runout with a rocket throw from Indian captain KL Rahul from the mid-off.

The incident happened in the seventh over when Bavuma looked to get a quick single. However, Rahul was too quick on his feet and instantly threw the ball directly towards the non-strikers' end.

Bavuma thought he was home but replay suggested that the South African captain was just a bit short. Bavuma ended the ODI series with 153 runs to his name in three games at an average of 51.