Morning sessions of a test match, especially the first 30 mins are the ones where the players are trying to get into a rhythm, warming up their bodies. However, the times have changed and the players are ready to be at their best even on the first ball of the day. 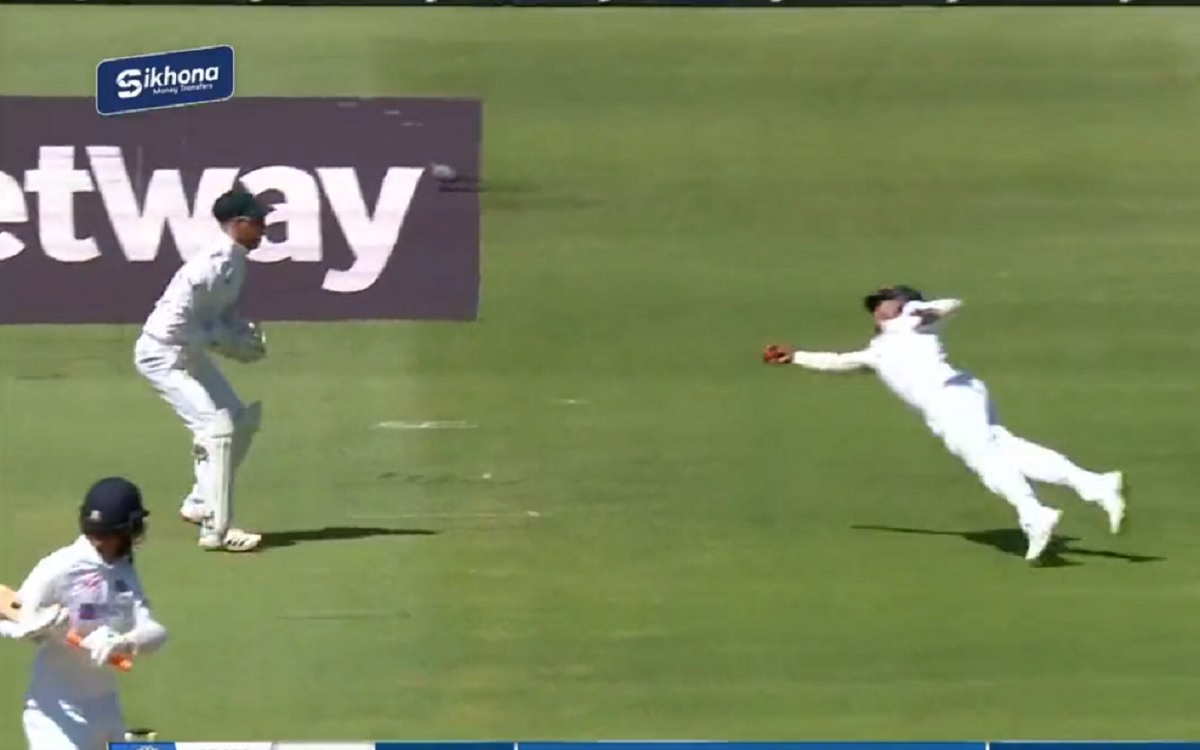 This characteristic is generally seen in young players and mostly those who are trying their best in every aspect to make themselves a permanent member of the team, like Keegan Petersen.

Petersen is having a terrific test match. He had a fair share of luck but with his talent and skill, Petersen scored 72 runs on day 2 of the third test against a well-oiled Indian bowling lineup.

His great outing continued on day 3 as well. On just the second ball of the day, Petersen grabbed a superman catch at the leg slip to get rid of the overnight batter, Cheteshwar Pujara.

South Africa had decided to apply a leg trap against Pujara with a leg slip and a short leg in place. The 6 foot 8 inches Marco Jansen used his height to great use and made Pujara play. The ball went towards the gap between leg slip and wicketkeeper but Petersen jumped.

He jumped towards his right and grabbed the ball in the air. It was a catch for the ages and Pujara had to depart on just the second ball of the day.